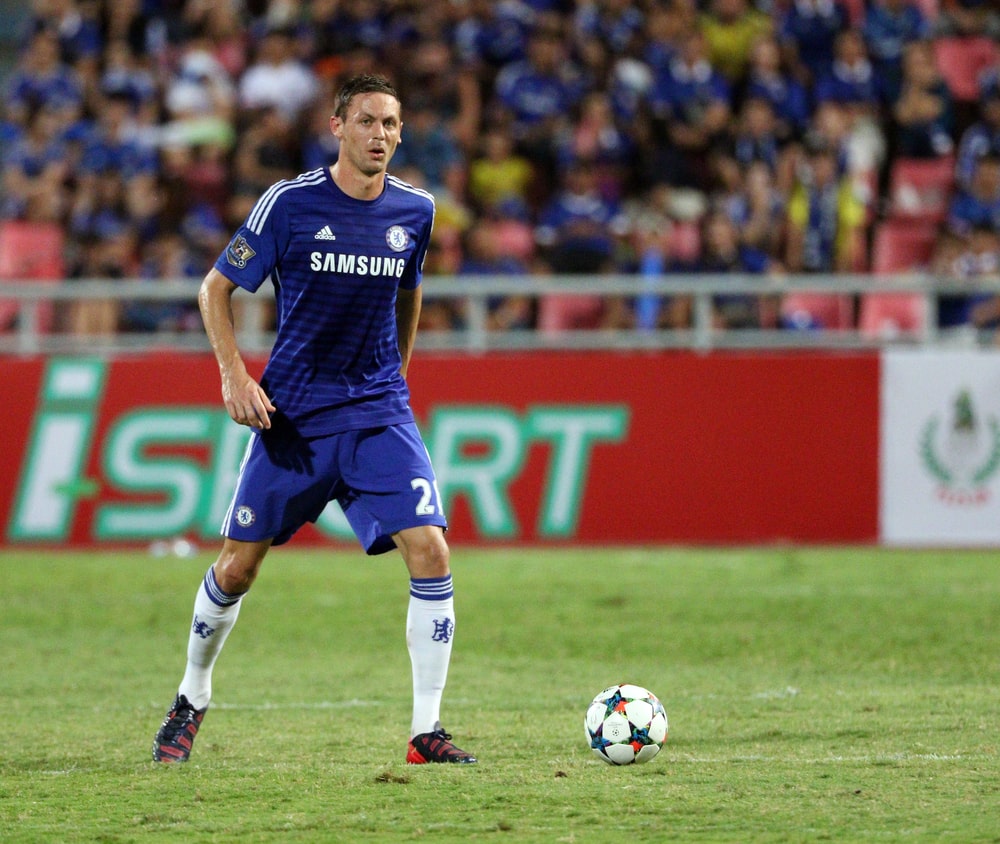 If the American football’s NFL has the Super Bowl, soccer’s FIFA has the World Cup. Along with basketball and American football, soccer is one of the most celebrated and watched sports worldwide. With the players competing in the national league and joining big football clubs, soccer fans all over the world tend to stay up late just to watch the latest match of their favorite teams and players.

Sometimes, watching a soccer game can be confusing when the players run up and down the field. But there’s a reason people can quickly tell which player is which, and that’s because of their squad number or jersey number.

About the Number Twenty-One

The number 21 is believed to be a creative spirit and a reliable partner. It thrives in optimism and enthusiasm that inspire others to release the same energy. Soccer players with number 21 have shown greatness in their careers.

Some players carry the same jersey number throughout their career, and others choose a different one when making a team transfer. Here are the soccer players who wore the number 21 jersey on the field. 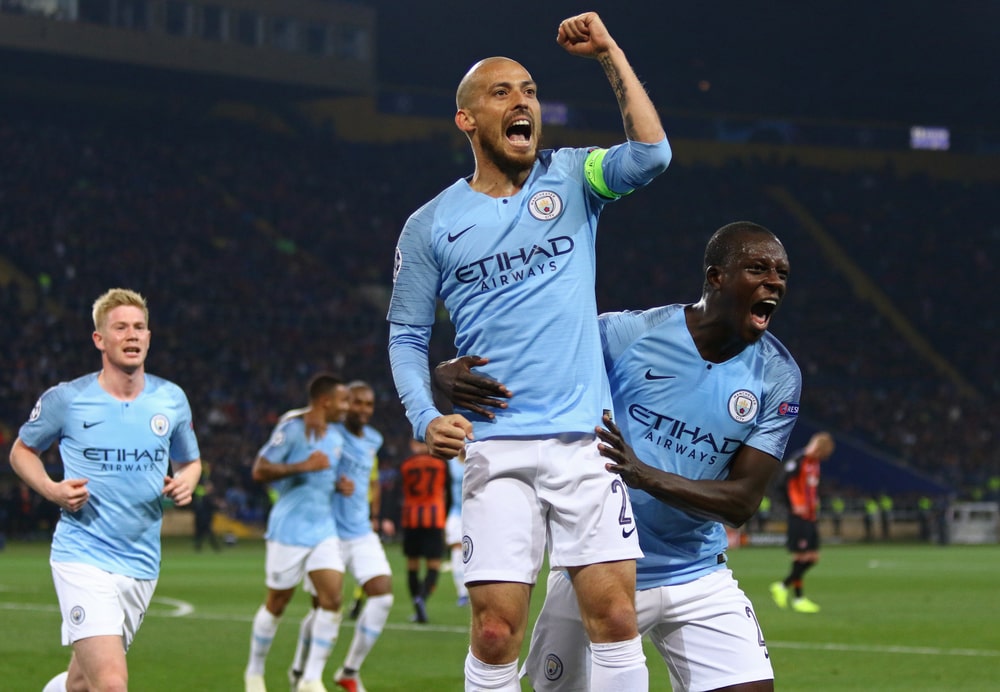 The Spanish football player Silva, who currently plays for Real Sociedad, has played for different teams wearing the number 21 jersey. 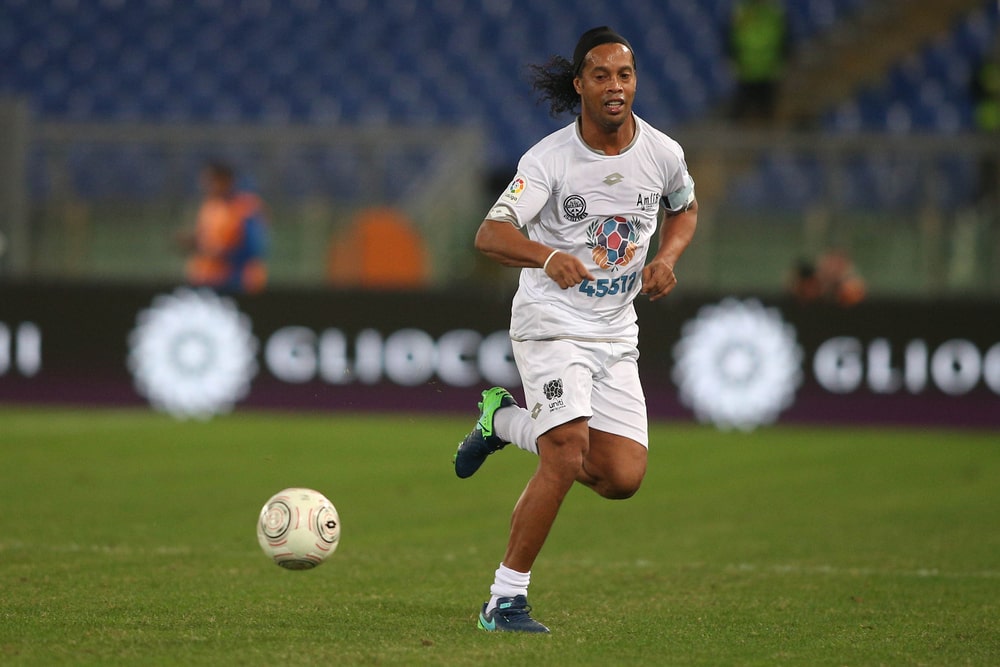 Ronaldinho was part of Brazil’s national team and also played for Paris Saint-Germain, where he used number 21 on his jersey. During the 2001–02 Copa de la Ligue, Ronaldinho became an influential player helping the team reach the semis.

The Brazilian player also played for Barcelona, where he took the number 10. With Barcelona, he won 2 Ligas, 1 Champions League, and 2 Spanish Super Cups. He was also awarded FIFA World Player of the Year and received a Ballon d’Or. 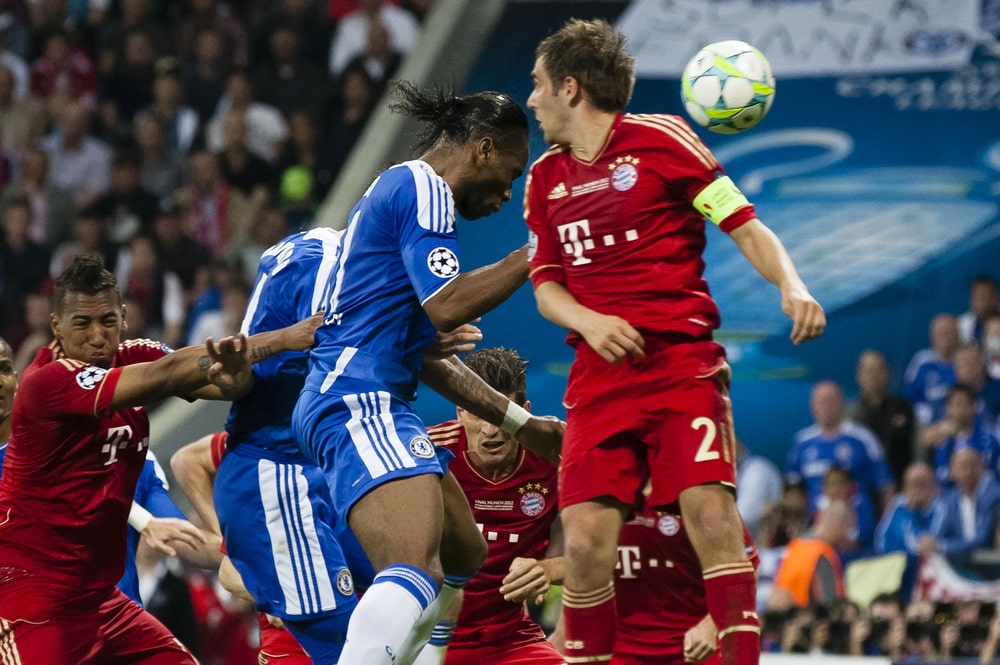 Philipp Lahm is a retired German football player who earned the nickname Magic Dwarf because of his soccer skills and small stature. He mostly played as a defender for Bayern Munich, wearing the number 21.

He won 8 Bundesliga titles and the Champions League with the team, earning Lahm an entry to his club’s Hall of Fame in 2017. He also played for the Germany national team, where he won the 2014 World Cup. 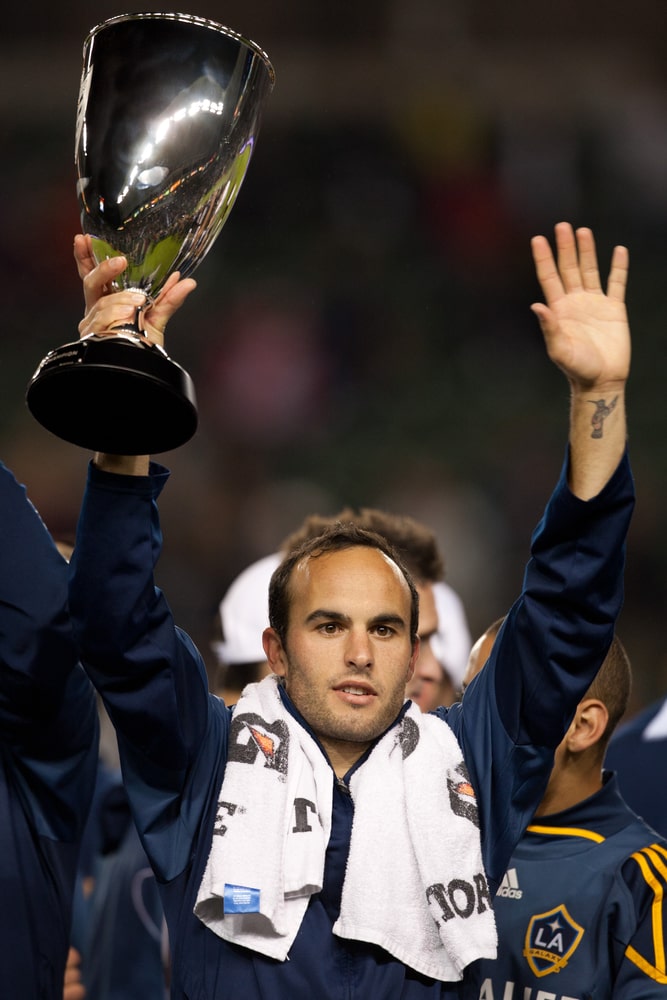 Landon Donovan wore the number 21 jersey when he played for the U.S. men’s national team. With the USMNT, he won the U.S. Soccer Athlete of the Year award four times and led the US to the quarter-finals match in the 2002 FIFA World Cup, where he was awarded the Best Young Player Award. 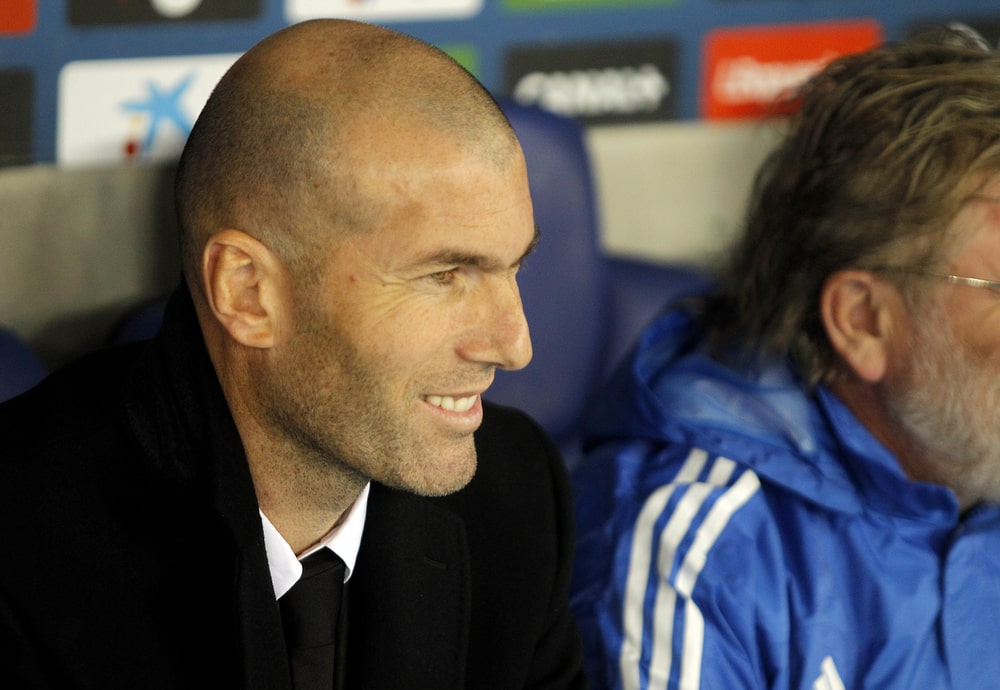 Zinedine Zidane is a French footballer famously known as Zizou. With Juventus F.C., the midfielder wore the number 21 jersey where he won two Serie A titles. He also joined the France national team carrying jersey number 10. Zizou, in all his career, won the FIFA World Cup, UEFA Champions League, and Ballon d’Or. 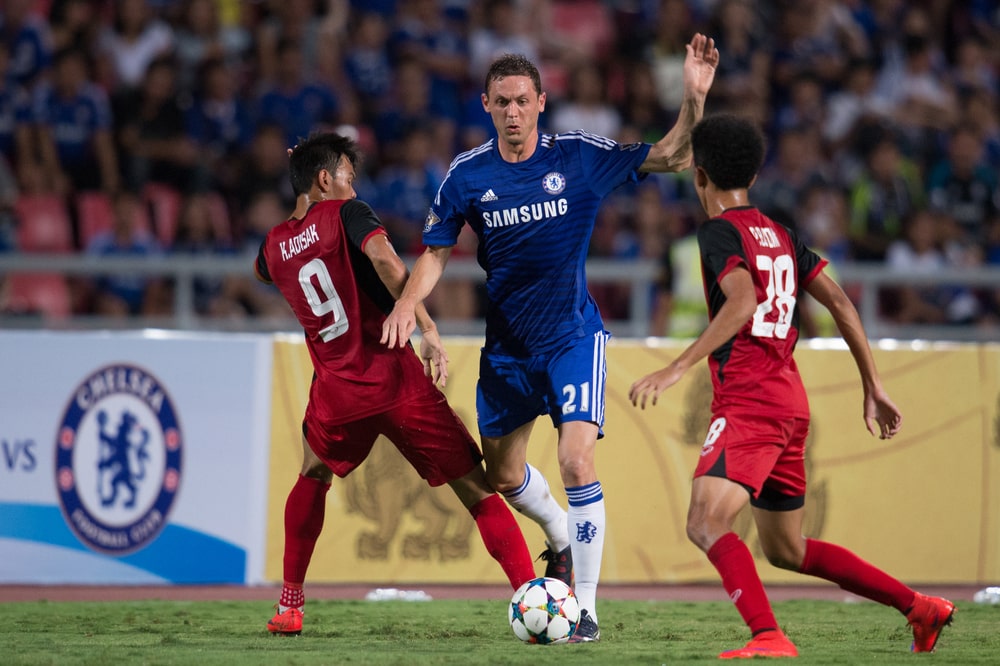 Serbian footballer Nemanja Matic wore jersey number 21 for Chelsea. He played as a defensive midfielder with the club and won the PFA Team of the Year Award in 2015. Matic also played for the Serbia National Team. 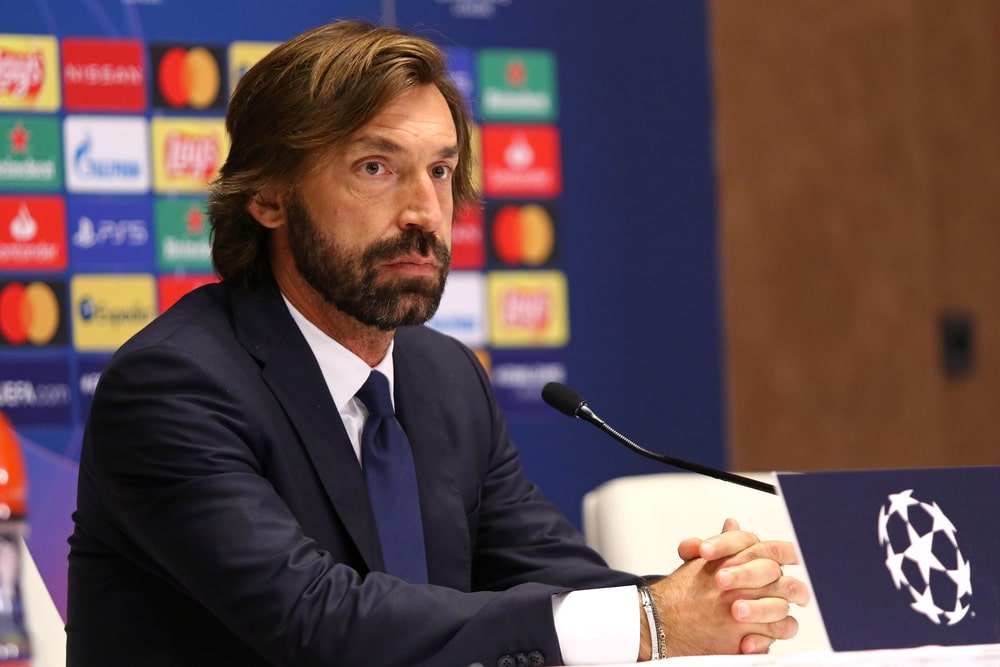 The Italian player Andrea Pirlo is one of the greatest names in football history to wear the number 21. He wore the number when he played for Juventus F.C. and New York City F.C. He also played for Italy national team, where he won the 2006 FIFA World Cup, earning the Bronze Ball.

In the 2012 UEFA European Championship, Pirlo was also an influential player leading his team into the finals. 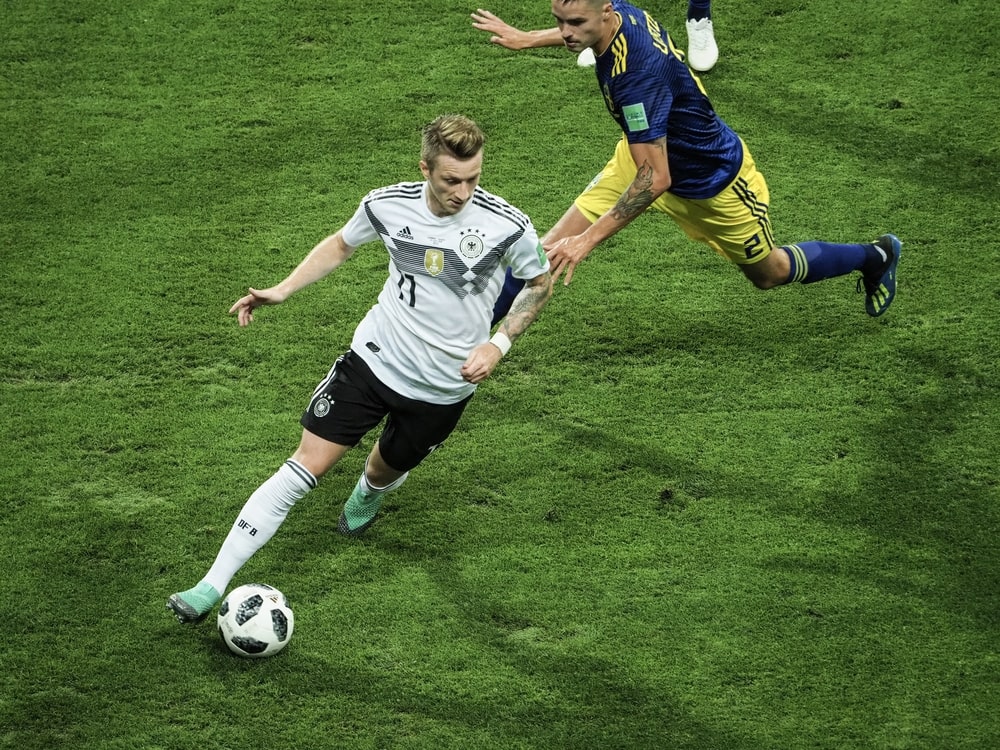 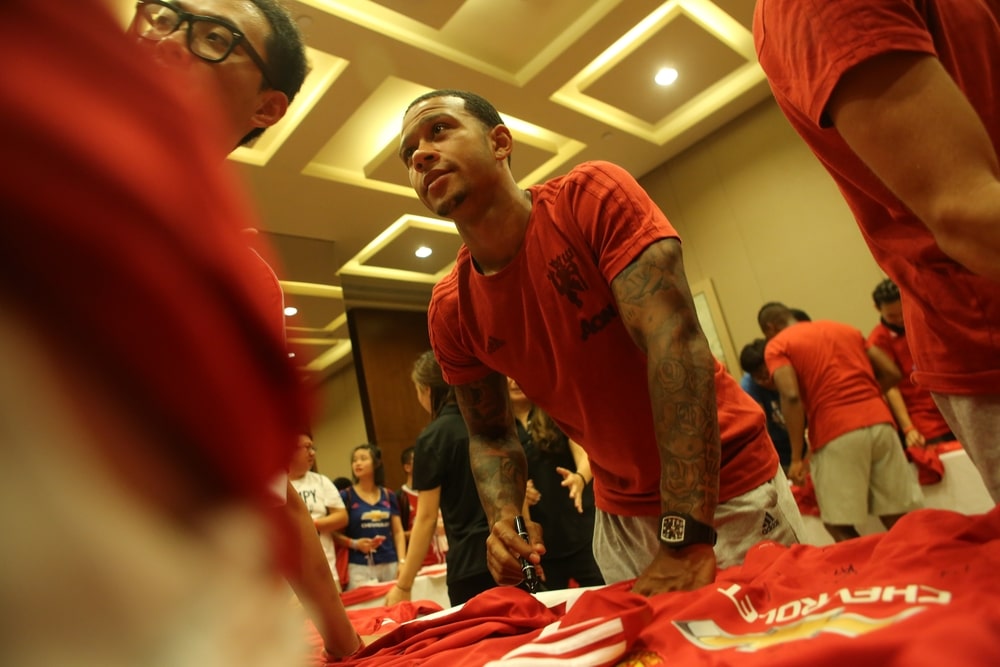 Depay recently made a free transfer to Barcelona for a two-year contract. He also previously joined clubs like PSV Eindhoven, Manchester United, and Lyon.

Whether a player wears his number until the end of his career or changes it when making a transfer to another club or team, it is proven that numbers don’t make players great. But great players make their number known. 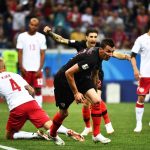 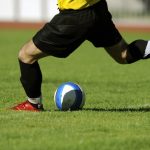