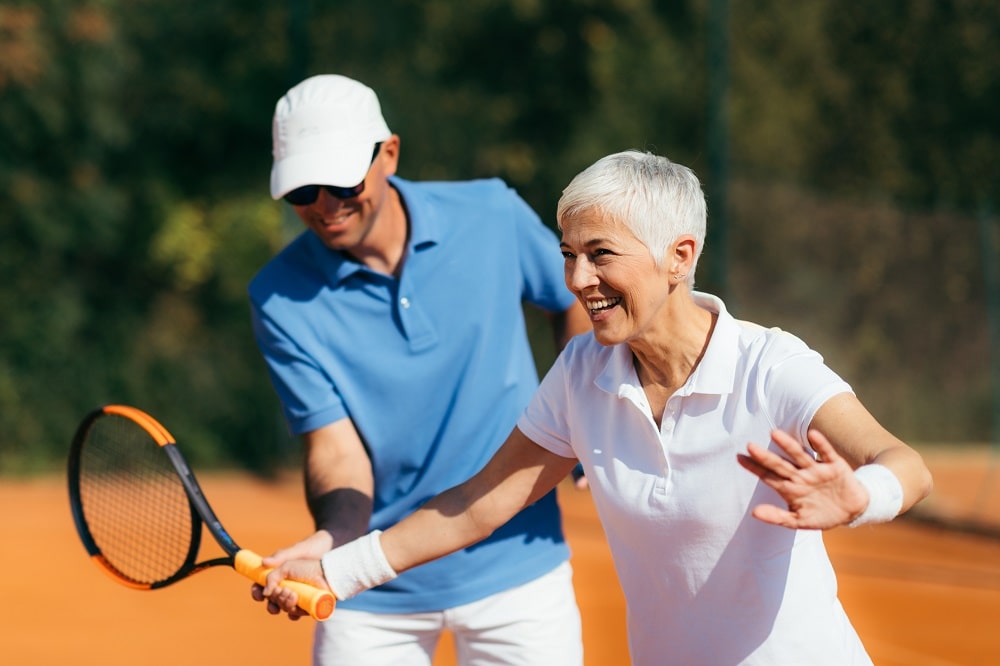 If you don’t know it yet, tennis is one of the toughest sports to learn of all the major sports. Here’s your answer.

If you’ve played tennis before, you know how hard it is to even hit the ball and get it to the other side of the court.

Now, imagine consistently doing that while also knowing exactly where you want to place the shot. Not to mention you will need to learn how to apply a spin on the ball.

It takes a good amount of planning to even return a serve or get a successful rally.

Is Tennis a Hard Sport?

Tennis is a grueling sport. It’s not as forgiving as other sport since you are only playing 1v1. Compare it to soccer where you have a team of professionals playing together – any player can cover the mistake made by another player. The same thing with basketball – anyone can cover for anybody.

Tennis doesn’t give its players that luxury. If you fail to score a point, then that’s definitely on you. They even made a pretty descriptive name for the error — “unforced error.”

This type of error is the most well-known in tennis and is deserving of another article in itself.

Does Hiring a Coach Improve Your Progress?

If you have a mentor, you will have a better time learning the sport, but not everyone could afford a teacher.

But let me tell you, and this is someone who didn’t have coaching available to me, learning tennis on your own is going to be a very difficult task.

The best tennis players are often mentored by professionals or career tennis teachers.

How Hard is It to Improve at Tennis? 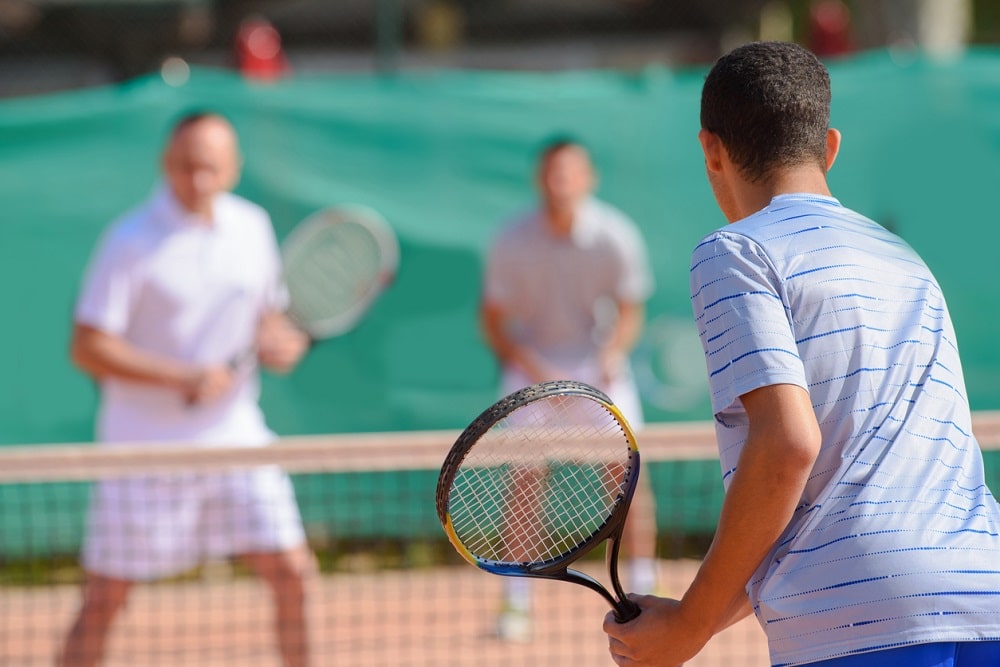 Play enough games and you will pretty much learn any game on your own. Tennis is no exception. If you’ve played enough tennis games, you will gain a good understanding of it. Sooner or later, you will be dealing out aces, if you progress consistently, that is.

That being said, it seems like tennis is one of those sports that most players plateau.

Plateau is a term used when someone is stuck on something.

In sports, it’s a term used when you reach a certain point where you can’t improve anymore. This is prevalent in all sports, but from my experience, it tends to show more in tennis.

But why is that? What makes tennis such a hard game to master?

Is Tennis Easy to Learn?

I’m sure you’ve heard the saying, “Easy to learn, hard to master.”

That applies to most sports. Soccer is relatively easy – I mean, all you have to do is hit the ball using your foot and guide it towards the goal post. I know I’m exaggerating but It’s an extremely easy-to-learn sport, relatively speaking.

As for tennis, and this is from someone that’s been playing casually for years now, it takes a while to even get hitting the ball just right. If you’ve been invited by a friend to play a round of tennis, you already have an idea of how hard it is, despite how easy tennis players make it seem like so.

Tennis is one of those sports that is both hard to learn and master.

What Makes Tennis Such a Hard Sport?

To be fair, you can play tennis even if you don’t have the best stamina in the world. You will not enjoy it as much though.

Tennis is played best when both players can run around hitting basic shots. Even the most basic rally will require you to at least have an acceptable level of conditioning. 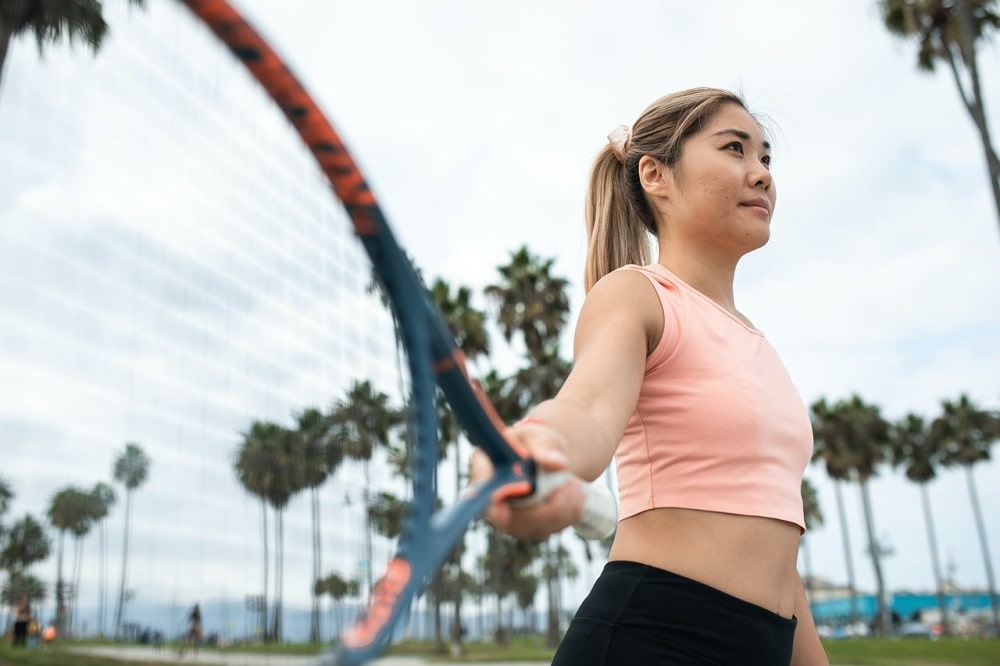 Tennis requires your hand-eye coordination to be at the top level. This is the case for most sports that require players to hit an item using an object that is designed to be the extension of their bodies. Tennis, badminton, table tennis, and golf come to mind.

Since tennis is played 1v1, the mistakes you made are entirely on your own. If you fail to return a serve that you know is coming, there’s always that thought that you could have done better.

While this kind of mentality is present in other sports, it’s not as prevalent as it is in tennis.

Tennis is one of the most unforgiving sports there is. You need a strong mindset to get over the mistakes that you will undeniably make.

I’ve seen players hit their heads with their own racquets several times in my local tennis gym. Now, if you don’t think this kind of behavior doesn’t show up on professionals, you’d be wrong. Totally wrong.

Tennis games arguably have the most intense (and also funniest) meltdowns in any major sport. Curses thrown around, insult hurled towards the umpire, sometimes even the audience, game walkouts, and many more.

John Patrick McEnroe Jr. is one of the infamous tennis players with short fuses. It often got him in trouble with umpires and tennis authorities. He’s often dubbed as the angriest tennis player.

Serena Williams is certainly trying her best to get the reputation though, but in my opinion, she never comes even close to McEnroe during his anger-laden prime years.

How Long Does It Take to Learn Tennis? 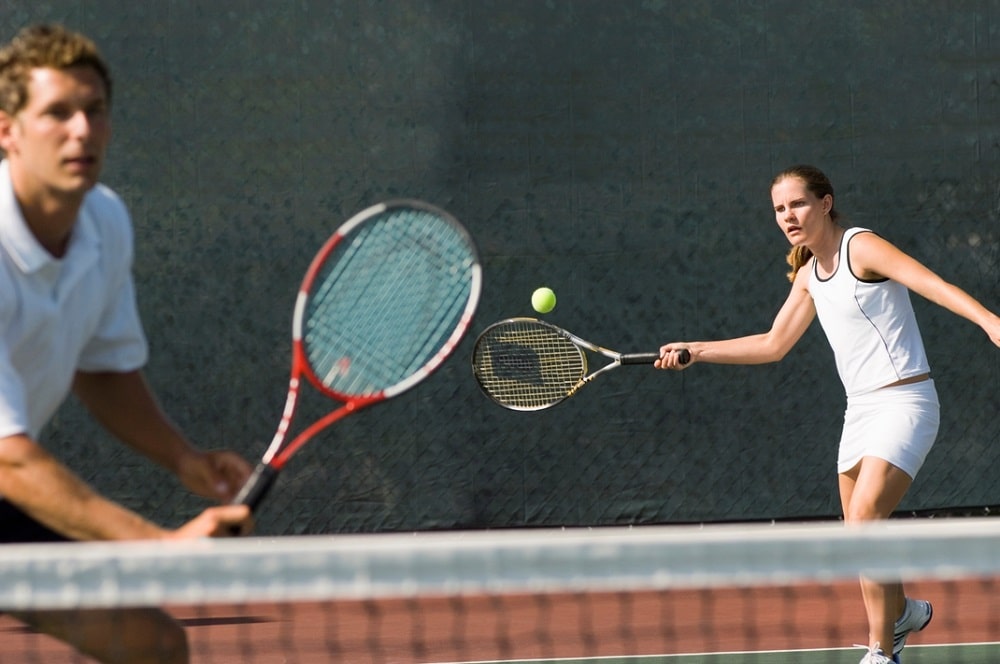 Learning takes time but if you’re willing to put in the work, you can expect to play tennis on an enjoyable level in about a month or so. However, your skill during this time is just enough to have a good game with your friends. It’s more like a goof-around kind of level.

Quite honestly, it depends on your willingness to learn. Additionally, some people learn faster if they love the sports they’re playing. If you love tennis, then you’d progress a lot faster than if you don’t. That being said, you can love tennis and not improve at the game but that doesn’t really matter if you enjoy playing.

How Long Does It Take to Get to Intermediate Tennis Level Play?

This depends on your interpretation of the intermediate play. It varies by person-to-person. But for the sake of discussion, let’s define the intermediate level of play by the ability to do an ABC rally easily. An ABC rally is just returning the ball to a player 28 times, A to Z.

Beginners would struggle to do this. Intermediate players, on the other hand, would not exert much effort doing this practice play.

If you want to get to this level, you must be willing to practice at least twice a week. Some would even suggest getting to practice around 3 – 4 times. Between these practice sets, you’d also have to incorporate some cardio and lifting work. This is to maximize your power and resistance – the ultimate combo in tennis.

If you stick to this, you’d clear the intermediate level of play in about a year. If you want to truly dominate, then you’d have to ramp up your practice even more.

Many tennis players seem to get stuck on this level though. I’ve seen better 1-year players than 5-year ones just based on the amount of work they’re willing to put in.

Some players, even ones without practice, stick out like sore thumbs in these tournaments because of their skills. Maybe it’s talent. Maybe it’s just hard work. The fact is, you can find great players in local tournament-level play.

To get to this level, you need to have been playing for at least 3 years. I’d go for 5 years, but I’ve seen plenty of 11-year-olds playing already in local tournaments. I’d say 3 years is a good compromise.

Do You Want to Go Pro?

This is the top-level, the cream of the crop, and ultimately the best people to ever play the sport.

If you want to get to this level, you need not only practice every day, but you also have to live and breathe tennis.

Take note that these are people that are both talented and hard-working. As the saying goes, hard work beats talent, but if the talent has hard work, then that’s unstoppable.

You may need to sacrifice your social life a bit. Your education may take a back seat, too. I’ve seen career tennis players, ones who’ve been groomed by their parents to pursue a career in tennis, flame out in years. Take from that as you will.

To tell you the truth, I can’t exactly say how many years of experience are needed for a professional level of play. I don’t have that much insight into that level of play. Unfortunately, I’ve never had the chance to get to this high level.

But from what I’ve gathered, you at least need to already be playing tennis from a young age – the younger the better. By 12 to 15 years of age, most professional players are already showing glimpses of brilliance.

Can You Learn Tennis as an Adult? 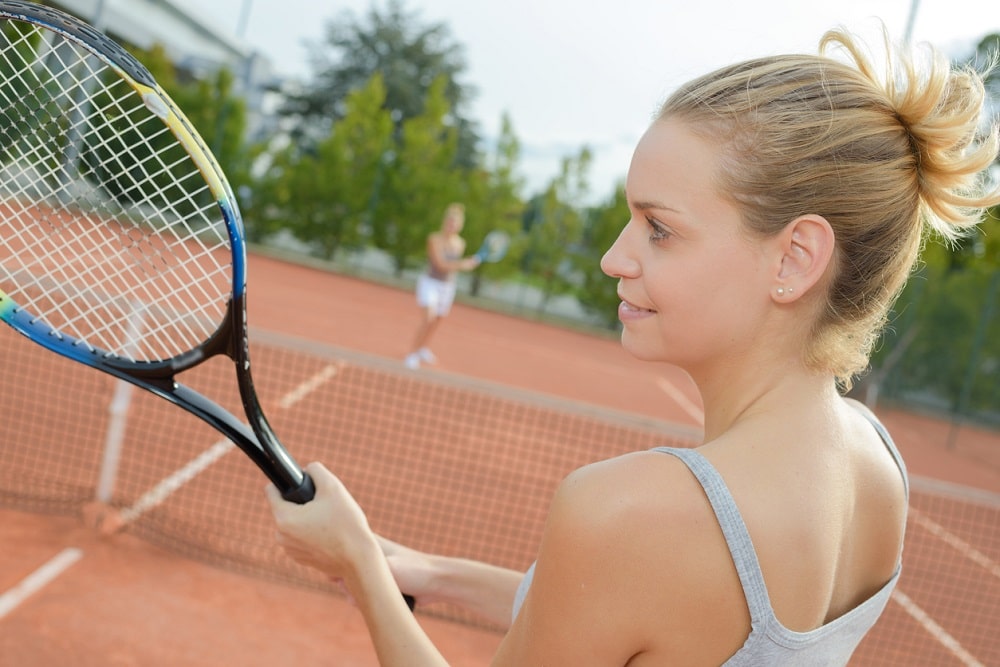 The reason is most older players don’t play to win, at least most of the time. Most adult players play to enjoy, and that’s the most fulfilling type of play.

So, the answer is a resounding yes. You can still learn to play tennis even at an advanced stage. It’s a great hobby no matter the age. 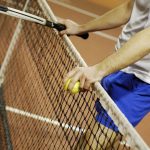