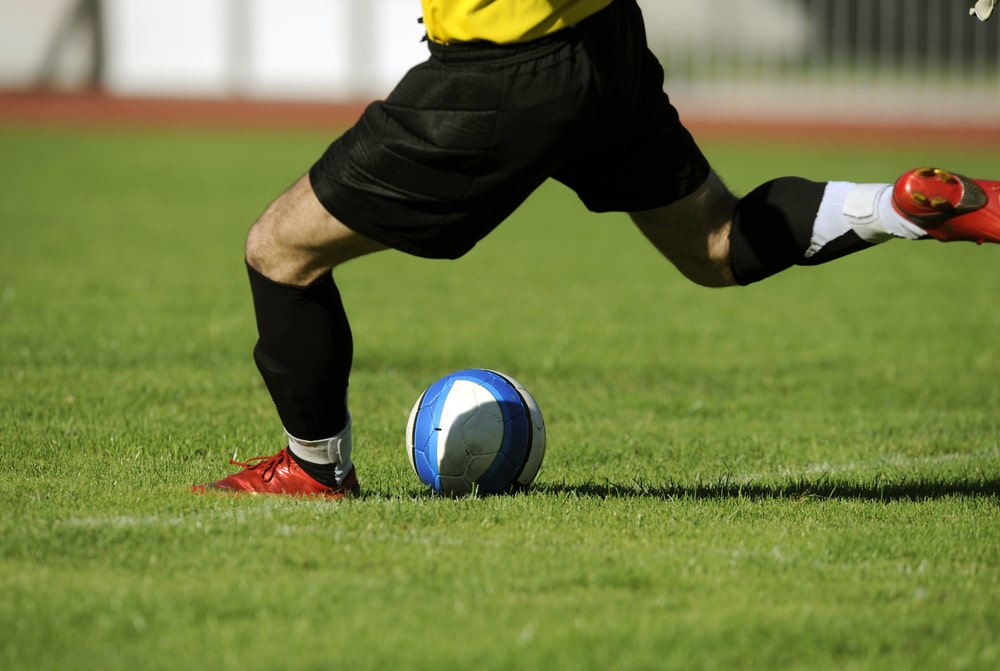 Let’s get right on it and answer the title question, shall we?

That being said, not all of them do. Only a handful of players wear them. The percentage of the players that actively wear protective cups is super small. Almost negligible.

I’ve only known a couple of soccer players who wear athletic cups, and one of them had to because of a prior injury on his groin area. The other one wears one because he’s also an MMA practitioner and is already used to wearing it.

The simple answer to that is they just don’t want to.

Wearing a cup for an extended period, especially in a sport that involves a lot of running, is uncomfortable.

To be fair, the cups available today are comfortable enough to wear for some time. However, the thought of wearing a cup never crosses the mind of a typical soccer player. The only players that would even consider wearing one were probably hit in the groin area in the past.

And besides, the risk of players getting hit in the groin area is quite slim. Soccer is all about movement and you rarely would find an instance where kicking in that general area is allowed.

If you notice the stance soccer players take during a free-kick, most of the players will have their hands cupped over their private parts. That’s because they don’t wear that accessory.

What is an Athletic Cup? 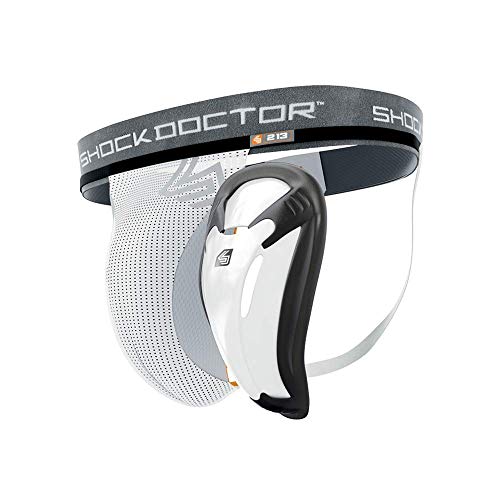 We’ve discussed the hows and whys of athletic cups, but I’ve yet to describe this accessory to you.

A protective cup is sometimes called a jockstrap, athletic cup, groin guard, supporter, or just a cup. A cup consists of a waistband that is fastened to a cup or pouch that encloses the genitalia snuggly.

To put it simply, it’s a cup that you wear to protect your genitalia from any outside force. Given that most sports are physical, getting hit in the groin area is a risk. We all know how painful getting hit in that area can be.

History of the Protective Cup

The athletic cup was invented in 1874 by C.F. Bennett. The initial use for this item is to protect bicycle jockeys working the streets of Boston.

This product became such a hit that Bennett was able to start a company called “Bike Web Company” to mass-produce the cup, which was then called “Bike Jockey Strap.”

The design of the jockstrap has barely changed since its inception. The materials may be different, but the underlying functions of this undergarment remain unchanged.

Today, jockstraps are mostly used by men for sports, especially in contact sports like wrestling, boxing, hockey, and even soccer. 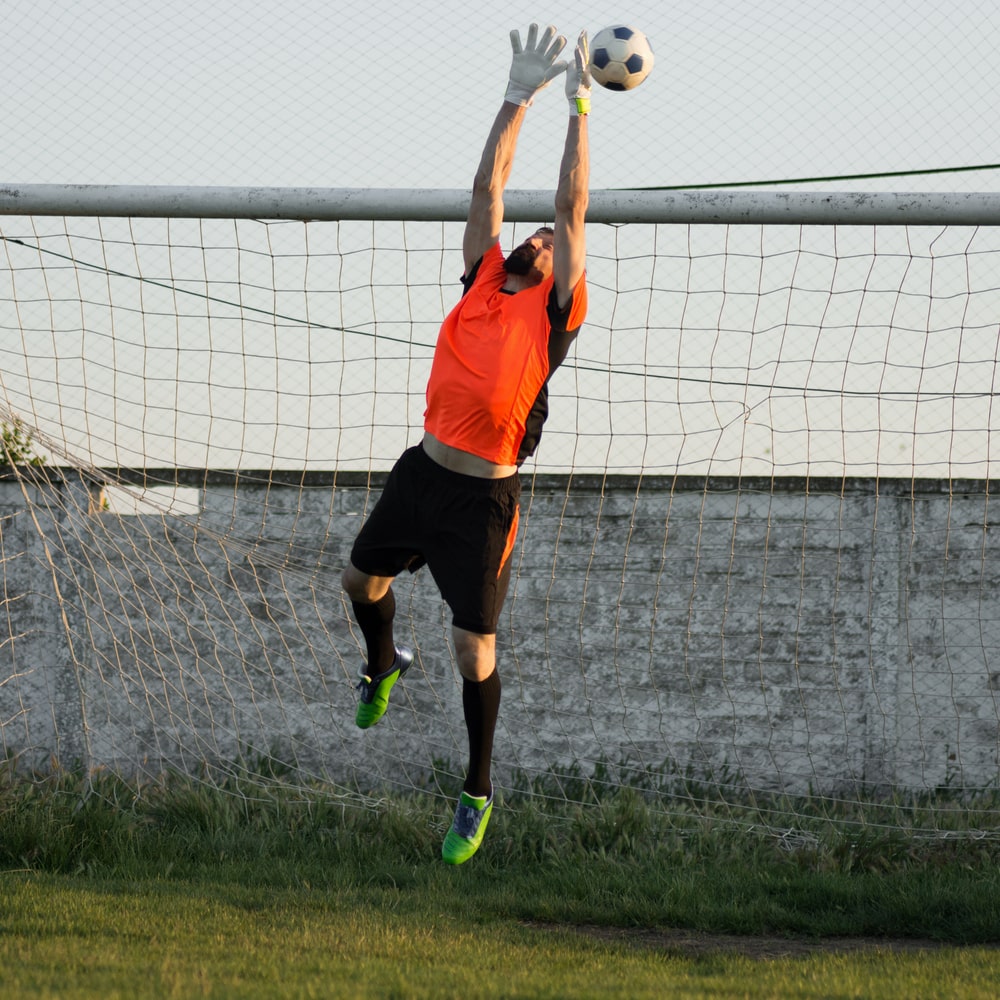 Why Are Protective Cups Used?

Everyone knows that one of the most sensitive areas of the body is the groin area. The only area that comes close is the eyes.

It only makes sense to protect your private parts during any activity that increases the risks of getting hit there.

Protective cups are not that popular in soccer, though. It’s not that they don’t provide protection. The reason is they can restrict movement. The risk of getting hit there is minimal anyway.

Should You Wear a Protective Cup?

The answer to that is a bit tricky.

Ideally, you should wear one. After all, it’s your sensitive area that’s being protected—the crown jewel, if you will.

However, the risk is not that much. Don’t get me wrong, getting hit in the groin area does happen in soccer. But to be honest, it’s pretty rare.

It’s as rare as getting poked in the eye by your opponent. We’ve all seen it happen, but that risk won’t make players wear eye covers during play. It’s the same thing for protective cups.

Unless they can make them as comfortable as boxers or briefs, they won’t see much use in soccer.

Is There a Comfortable Alternative? 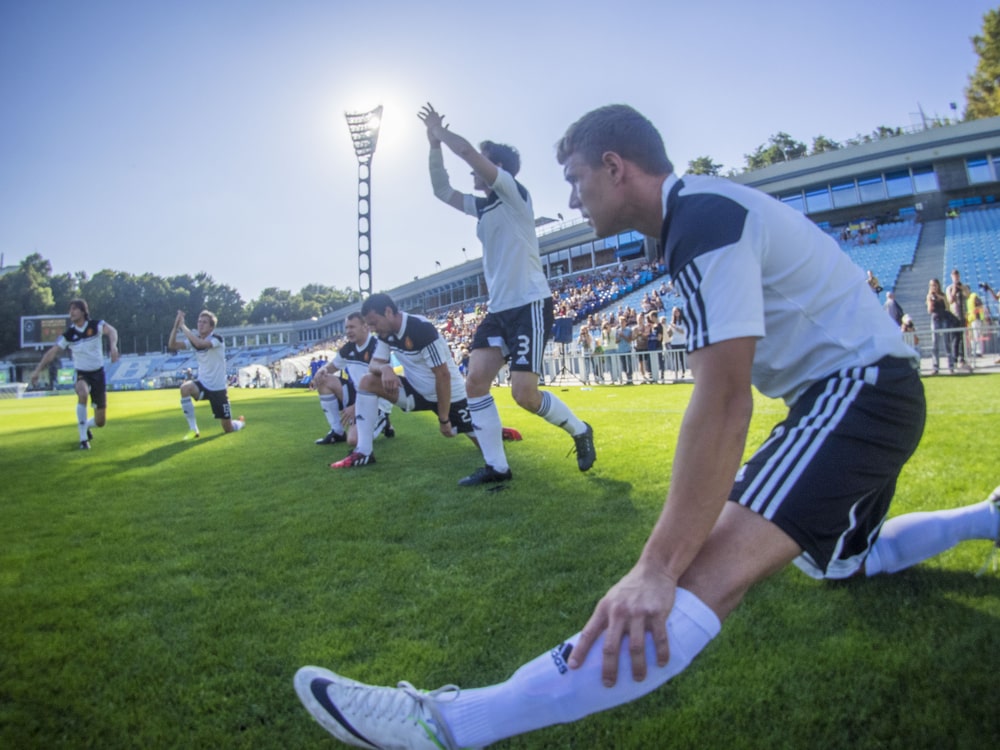 Comfortable as wearing a brief? Probably not.

Comfortable as “I could probably work in this”? You can certainly find one.

Unfortunately, finding a good protective cup is hard. What seems to be the most common problem is the sizing.

Sizing matters in groin cup protection. Sadly, the sizes for these cups are limited. It’s not like in clothes where you can customize each section to the size you want.

Where to Buy a Soccer Cup?

Almost all sporting goods stores carry some type of protective cup on their inventory. You can just visit the nearest sporting goods in your area and choose the one that fits your purpose.

I would recommend buying an athletic cup from a physical store. This way, you can judge the material and the fit of the item. You can’t try the jockstrap, unfortunately, and for obvious reasons. But seeing it in person would at least give you an idea of how it may fit.

If you are a bit self-conscious about buying such an item, you can always opt for shopping online. Most online stores have a sizing guide for their jockstrap to help you get the best fit possible. 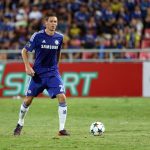 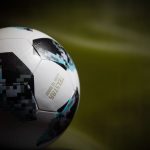