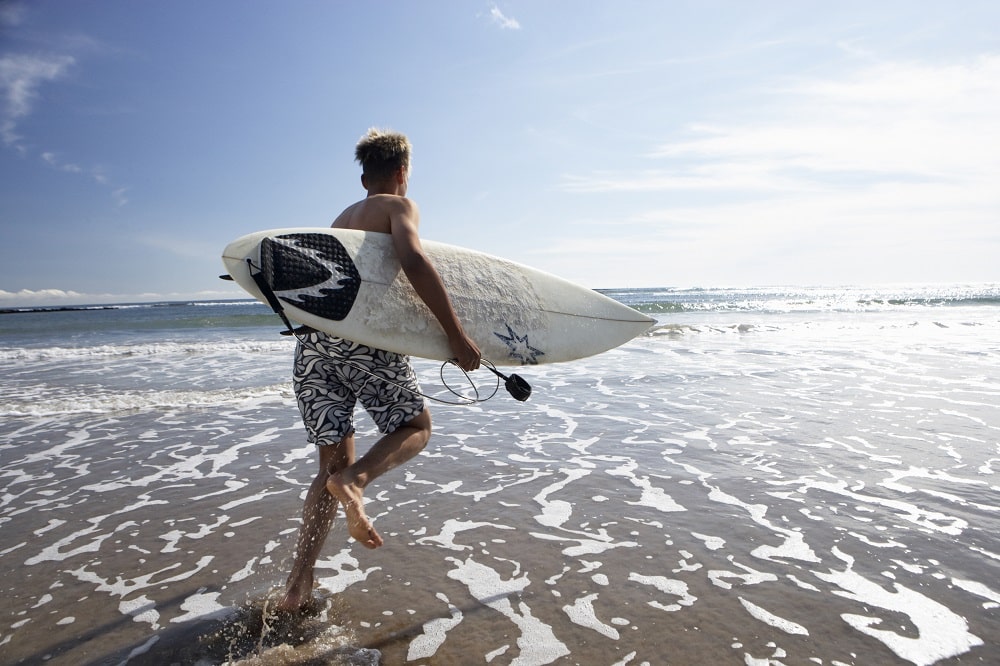 Surfboards are light and powerful, yet they are long and thin. Surfing is just as much a part of our daily lives as yoga.

Surfboards may be shaped in a variety of various patterns and styles. Surfers pay significant money to stay up with the newest surfboard designs, as it is well recognized.

Surfboards vary in price depending on the material, quality, and brand. Most of the time, these surfboards are designed to entice massive buying so that more people can afford them.

Nevertheless, there are a few examples in which the value of the surfboard is very high. Below we give you seven of the most expensive surfboards that are worth your money.

The Rampant is a surfboard designed by Roy Stuart, a New Zealand-based surfboard shaper, constructed entirely of Paulownia wood. The Rampant stands at 10 feet 6 inches tall and weighs 31 pounds. It has a long concave stretch that runs down to its tail and is covered in scales.

The rider’s center of gravity is lowered as a result of this concave stretch. In addition to having a unique 23-karat gold lion drawn in semi-translucent red epoxy resin on its upper surface, it also has a thickness of 2.38 inches. It makes use of a 6-inch tunnel fin made of kahikatea wood, which is a tree that can only be located in New Zealand. This fin has a high rate of acceleration.

The Baron and the Agile Hotkurl, two of Roy Stuart’s previous surfboard designs, serve as inspiration for the design of this surfboard. The surfboard also has a scalloped edge wood tunnel fin and a twin laminar flow foil, providing a high-performance yet pleasant ride.

A combination of these and other requirements, as well as Stuart’s 20-year industry expertise, have contributed to The Rampant’s astronomical price. In recent months, the Rampant was purchased by an unidentified individual who, according to Mr. Stuart, is connected with the pharmaceutical business.

Duke Kahanamoku, the surfing hero, received a gift from George Hudson, a Sydney-based timber trader, and used it to construct his renowned plank. In response to Duke’s request, George Hudson provided a piece of sugar pine that had been carved into a 9-foot-by-2-foot-by-3-inch form.

Duke expertly crafted an 8’8″ church window-shaped board out of this material. Duke’s Handmade Australian Shooter is now housed in a glass display in the Heritage Room of the Freshwater Surf Life, and there has been no sign of a buyer.

Mr. Greg “Da Bull” Noll was not only one of Hawaii’s most flamboyant and courageous prominent wave pioneers throughout the 1950s and 1960s, but he was also one of the most well-known names in the surfboard industry during the same period.

For the most part, collectors, historians, and fiberglass enthusiasts want the board he is holding in arguably surfing’s most famous beach photograph shot by John Severson at Pipe in 1961, the Greg Noll’s Iconic Pipe Gun.

According to Greg, an offer for the pistol was made to his father, which he rejected. His famous pipe pistol, according to reports, was too valuable for the request to be acceptable. 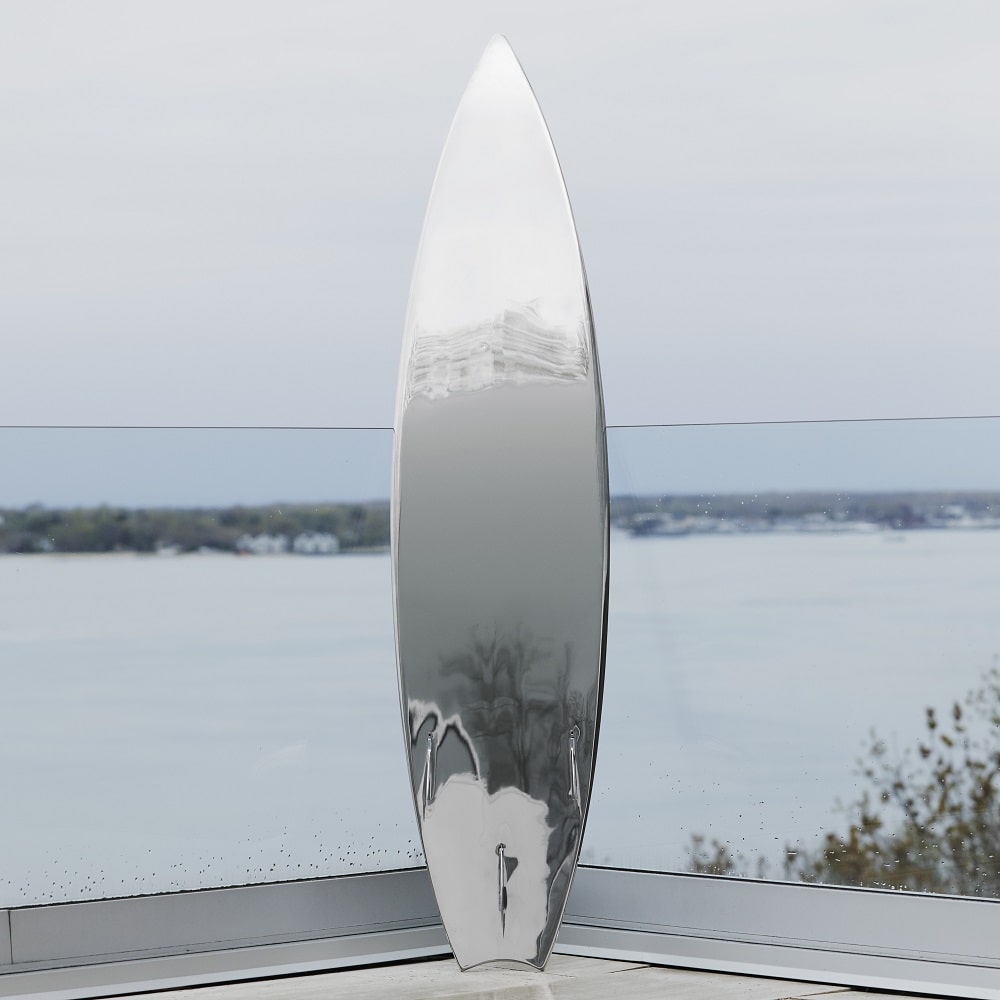 Marc Newson, an Australian artist, working in conjunction with Dick Brewer, produced ten one-of-a-kind surfboards, each of which sold for a premium price. As the name indicates, these nickel-plated surfboards, which stood at 5 feet in height, were coated with 10 kilos of nickel.

In addition, it is worth remarking that this is the same material that is used on the front of helicopter blades. Garret McNamara, a prominent wave surfer, is the only person who has been identified as having bought a Nickel-Plated Surfboard designed by Marc Newson. 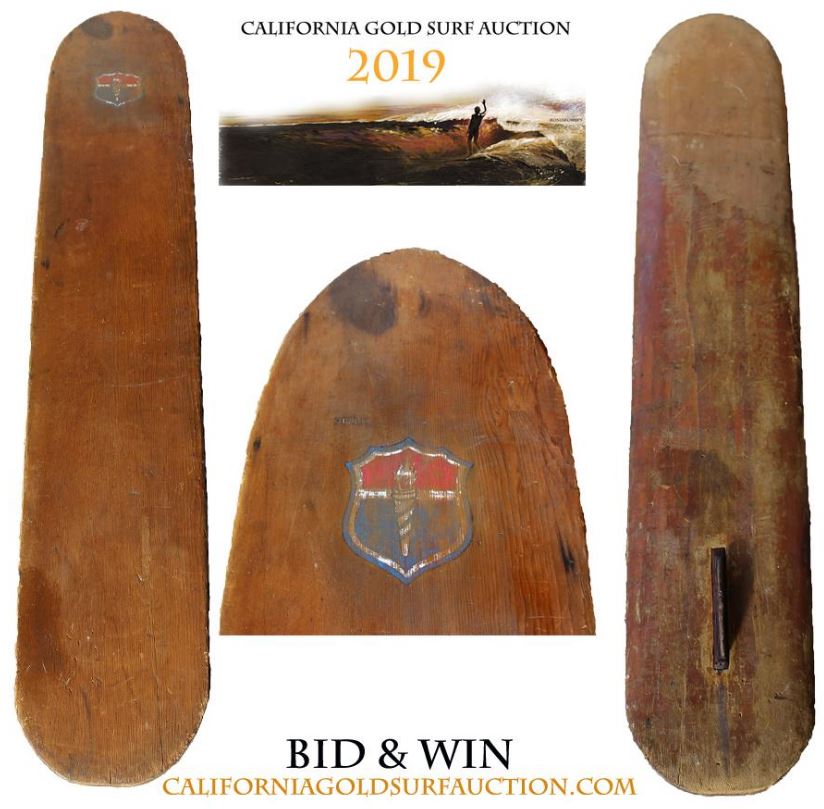 One of the artifacts brought to the 2011 Hawaiian island vintage surf auction was a 1920 9’09’0 Redwood’s Plank, auctioned off during the event. It is still the most prestigious surfboard auction in the world, and this figure is still the auction record to this day, thanks to the HIVSA.

The hot curl surfboard, often known as the ”hot curl,” is credited for significantly altering the shape of surfboards. A surfing legend, the surfboard has been kept at the Kelly family home in Hawaii for the last 73 years.

All of the surfboards listed here have a rich historic history. These surfboards are extremely expensive because of the prestige of the individual who rode them, the location where they were hung, and their accomplishments. However, the purchasers do not necessarily intend to use them for surfing but rather as mementos.

The famous British artist Damien Hirst painted two surfboards that were sold at auction for a high sum more than ten years ago, and the auction house was Christie’s. A collection of 11 surfboards painted by Hirst, a British artist who lives and surfs on the North Devon coast of the United Kingdom, was created to raise money for the UK advocacy organization Surfers Against Sewage (SAS).

It has not been possible to sell Damien Hirst’s SAS Surfboard since, but if they have appreciated at the same rate as his work, the owners have made a wise investment. Damien Hirst’s board designs are reminiscent of the Californian surf culture of the late 1960s and early 1970s, which he visited many times. 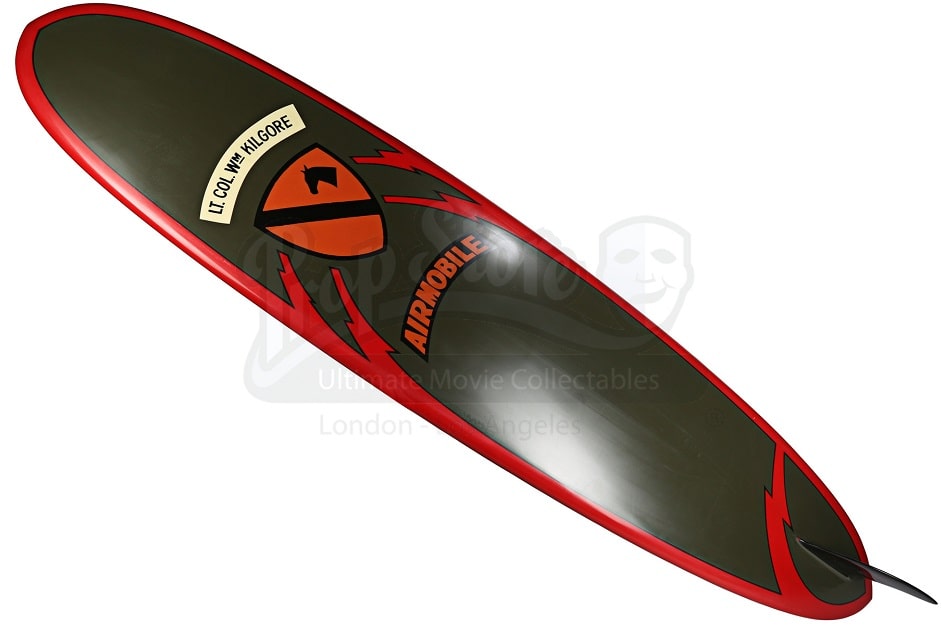 In 2006, James O’Mahoney, a Santa Barbara-based surfing memorabilia collector, offered what he claimed to be one of the original Reynolds Yater-shaped surfboards used in shooting the cult classic Apocalypse Now.

He was expecting to receive a very high price at the Pacific Coast Vintage Surf Auction for Captain Kilgore’s Surfboard, which had previously set the record for the highest price ever paid for a vintage surfboard. While the board was not sold at the time, O’Mahoney was able to locate a buyer in the form of Jimmy Buffet for an unknown amount later on.

Later, the two established the Honolulu Surf Museum, where the board remained until the museum’s closure in 2014. 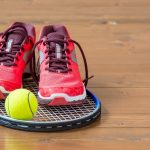 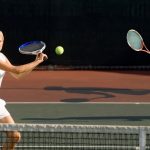