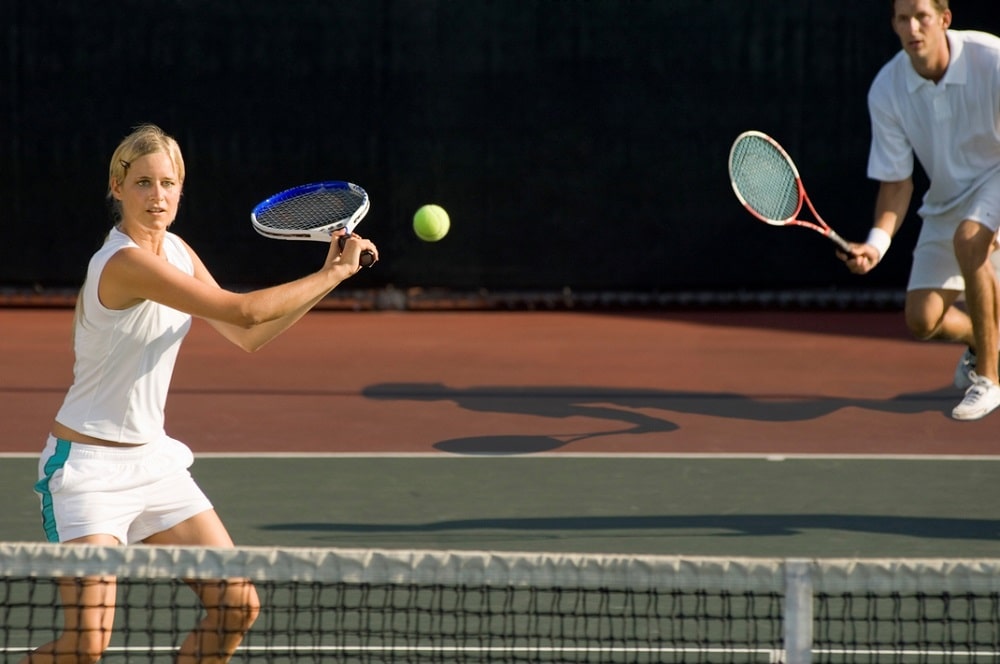 Ever wonder how long a game of professional tennis is?

You’re in the right place because I will answer that question shortly. Let’s get right to it!

How Long is a Tennis Match?

On average, best-of-3 tennis matches last around 90 minutes. Best-of-5 matches, on the other hand, last an average of 2 hours and 45 minutes.

But that doesn’t tell you the whole story. The answer actually oversimplifies things, in my opinion. You now ask – why is that?

That’s because that’s just the average. The durations of tennis matches vary greatly, and by greatly, I mean it.

A tennis game can last anywhere from just 20 minutes to 11 hours. That’s right. That’s how wildly inconsistent the game time for tennis is. 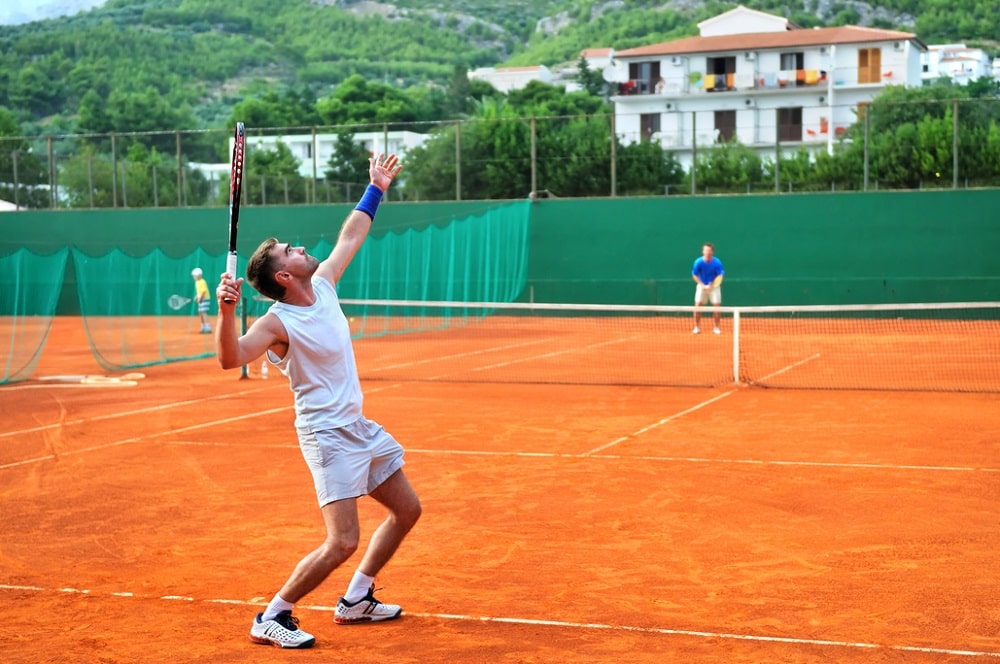 Let’s compare it to soccer since that’s the most popular sport in the world.

Soccer is the most consistent sport in terms of game duration. That’s because the runtime is pegged at 90 minutes. The game time doesn’t stop when calls are made. It’s a type of game that is continuous.

If you pick 5 games of soccer at random and look at their runtime, you’d observe that they’re pretty close to each other at around 2hours.

That’s not the case with tennis.

Since tennis is a best-of-x match, the game duration varies by a lot. If a player wins 6-0 and 6-1 in a best-of-3 tennis match, that’s a pretty short game. It could be as short as 30 minutes.

As such, it’s impossible to tell how long a game is going to be, so best not to have something planned 2 hours after the game starts. 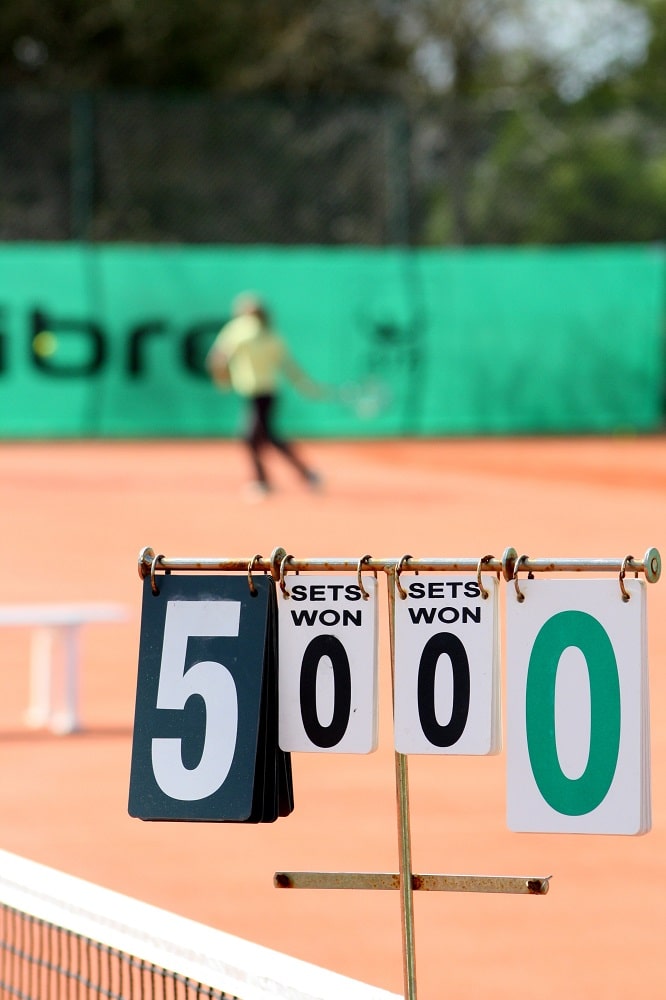 Now, if you’re just new to the game, you may wonder what the hell did I just say back there. What do those numbers even mean?

Lucky you, because I’m going to give you a short and sweet explanation of tennis scoring.

It basically goes like this. You have a game, a set, and a match.

Now, a set is a collection of games. The goal is to win 6 sets. When a player wins 6 sets, he wins the match.

But that does not mean he won the ‘match’ just yet, It just means the player has won a match in a best-of-x game. The match can either be best-of-3 or best-of-5 (for the championship).

That’s pretty much it.

When players are evenly matched, they usually score at the same rate. If they both reach 4 points (40-40), that’s called a deuce.

Following a deuce, a player must win 2 consecutive games to clinch the game. As long as there’s no 2-point lead for one of the players, the game is tied.

In theory, the game could last indefinitely in this state if the players are too close in skills.

The longest rally (or game point) ever played is a ridiculous 643-stroke rally. To give you a reference, most tennis game points are won between 0–4 strokes.

Now we move a level above and we go to the set.

Now, we know that you win a match by scoring 6 set points. But why is there a 7-5 score in the example?

Those are the tiebreaker sets.

When a tie happens in a set, just like in the game point, a player must also win 2 consecutive set points. That’s why you will never see a 6-5 set in tennis. To win the match point, the set point must be at least 2 points higher than the other player’s.

If the score gets tied at 6-6, a tiebreaker game is played.

The rule of the tiebreak game is a little bit different than normal game points. In a tiebreak game, the player must reach 7 points, ahead by at least 2 points, to win the game. 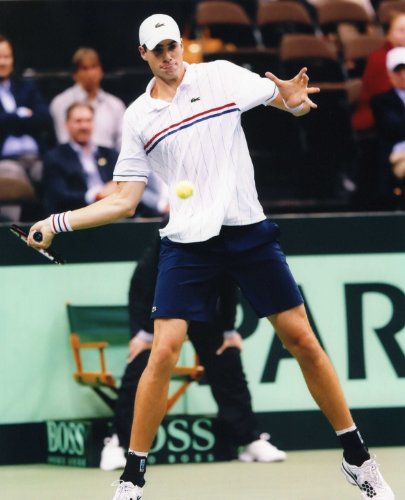 Did you know that the longest tennis match lasted an eye-popping 11 hours and 5 minutes?

The record belongs to John Isner and Nicolas Mahut at 2010 Wimbledon. It was so long that the battle had to be cut into 3 parts. What was supposed to be settled in one afternoon got played out in 3 days.

The Shortest Game in Tennis 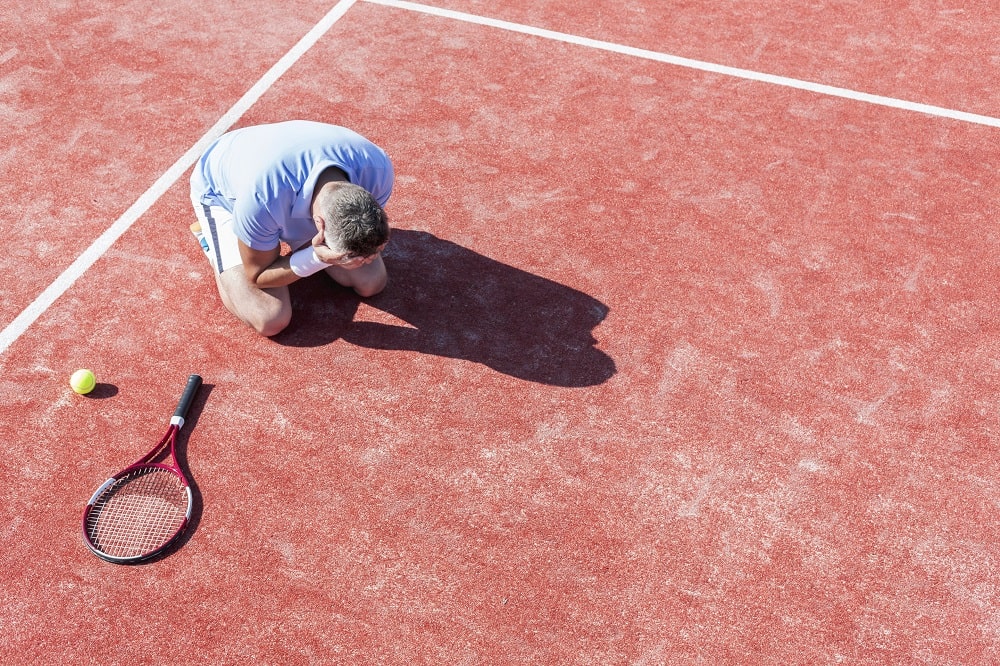 The shortest men’s single match on record belongs to Jack Harper when he defeated J. Sandiford 6-0, 6-0 at the 1946 Surry Open Hard Court Championships.

Reasons Why a Tennis Game Duration is Inconsistent

If you’ve managed to read everything up to here, then you probably already have an idea of what the answers are.

The first reason is a tennis game is a “first-to-x” point game, meaning that the wider the skill gap between the two players, the shorter the game will be. Conversely, two players that are closer in skills can have games that last 4 hours or more.

It’s unlike in basketball or soccer where you just need to score points in a given amount of time. You win when you reach certain milestones – and that’s what makes game duration so variable.

And lest we forget the tiebreaker rules. In theory, two players can battle for a game point indefinitely. I mean, the longest game ever recorded ended in a 70-68 score. 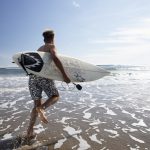