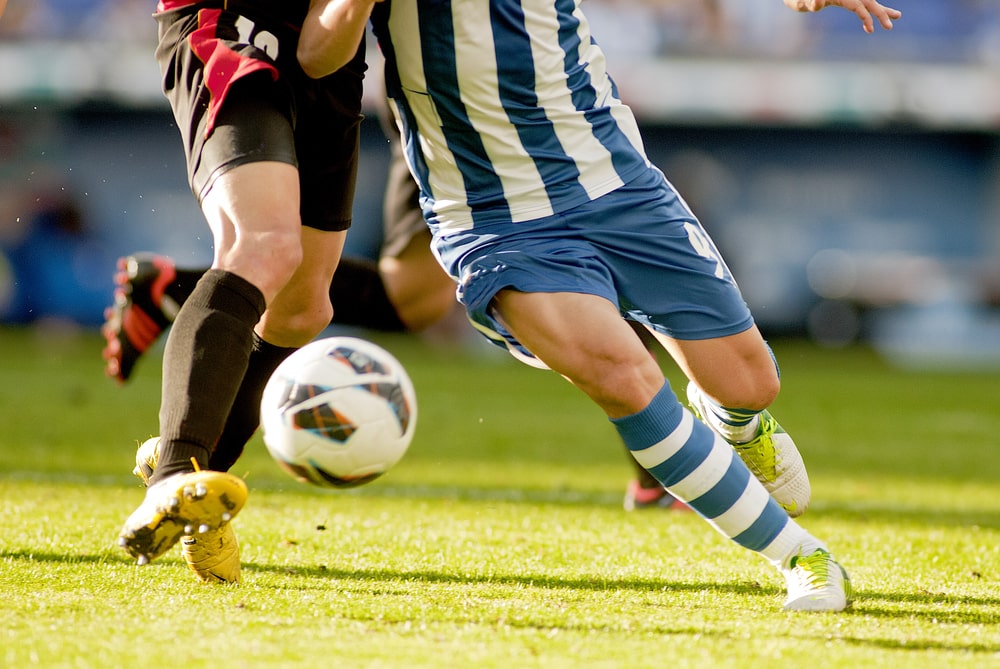 In a soccer game, you cannot really distinguish who’s who on the field. But when the player plays exceptionally well, you will want to put a name and a face on the player’s shirt number.

When football fans see a Barca shirt with 10 on its back, they instantly know it’s the famous soccer player Messi. Like how the world knows that Ronaldo wears number 7 with Juventus and the famous Beckham wore the same number when he was with Manchester United.

Some players jump from one number to another, and others prefer to pick one and wear it to the end of their career. If your lucky number is 12, you’ll be sharing the same number with a few prominent names in the field.

The number 12 is a lucky number because it carries symbolism representing perfection, entirety, or cosmic order in traditions. In soccer, the number 12 symbolizes the fans as the 12th addition to the eleven players of the team.

Some clubs like Bayern Munich, Hammarby, Feyenoord, Atlético Mineiro, Flamengo, Seattle Seahawks, Portsmouth, and Cork City strictly reserve the number 12 for their fans. Thus, they do not allow their field players to wear the number.

Here are seven professional soccer players who wore the number 12 jersey at some point in their careers. 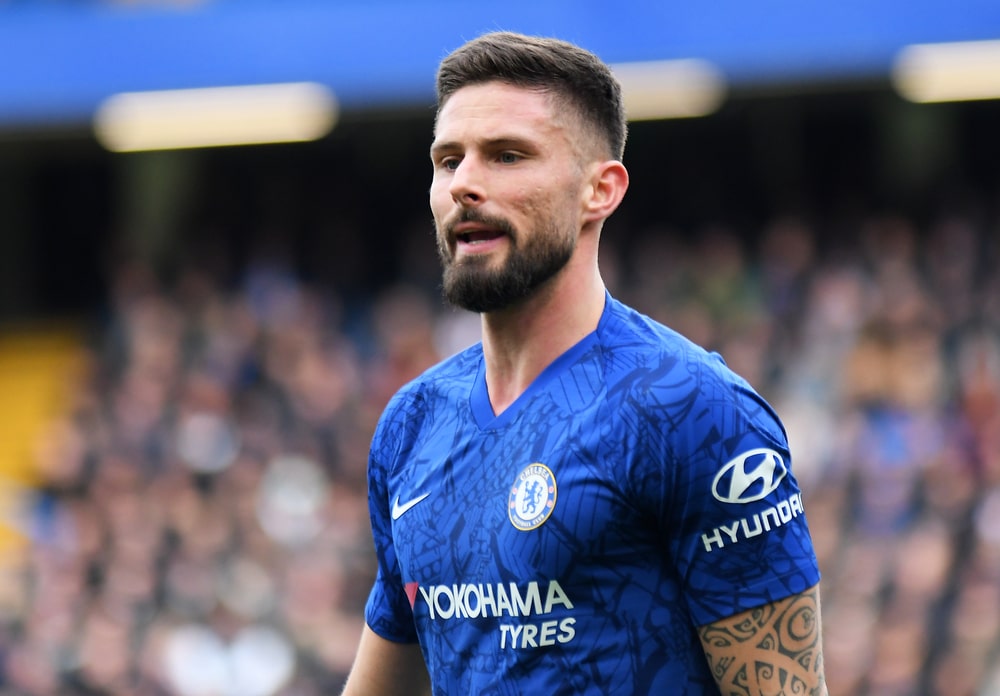 The 35-year-old French player, Olivier Giroud, is one of the few footballers to take on and make a name with the number 12 on his shirt. He debuted in 2006 and played for clubs like Arsenal, Chelsea FC, and now, A.C. Milan.

Aside from playing as a forward with shirt number 9 for the French national football team, Olivier Giroud recently signed a new deal with A.C. Milan. But with his transfer from Chelsea FC, A.C. Milan announced that Giroud would be wearing the number 9 on his jersey. 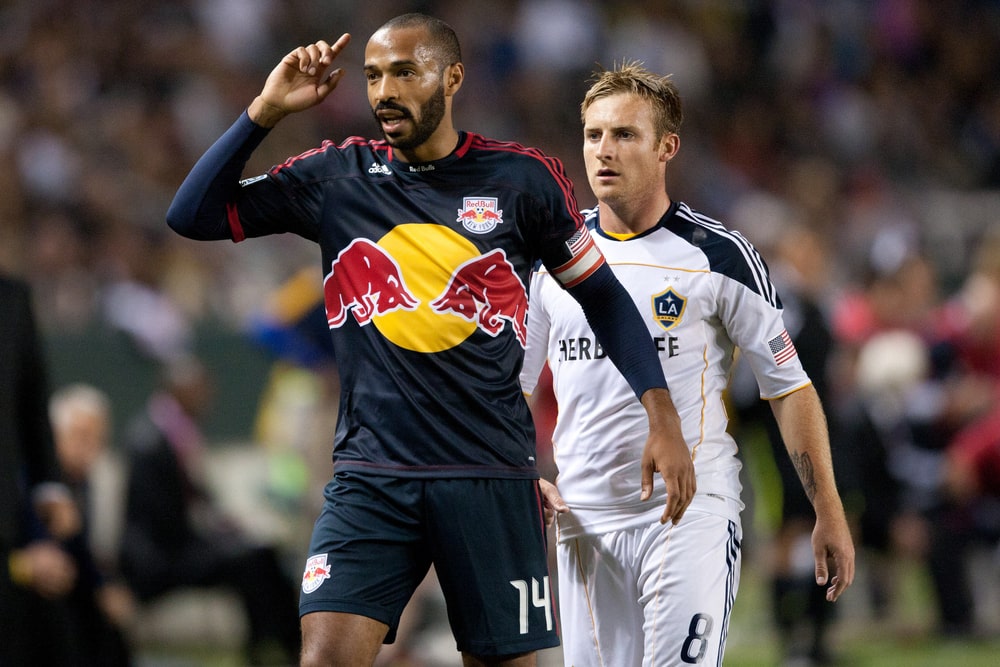 Thierry Henry played for the French National Team with the number 12 when his international football career took off. When Henry was in the national team, they had won the FIFA World Cup and the FIFA Confederations Cup.

Henry himself had been honored with the Golden Ball and the Golden Shoe with his international career. The center-forward player has also been part of clubs like Monaco, Juventus, Arsenal, Barcelona, and New York Bulls. Currently, Henry manages C.F. Montreal and assists in managing the Belgium National Team. 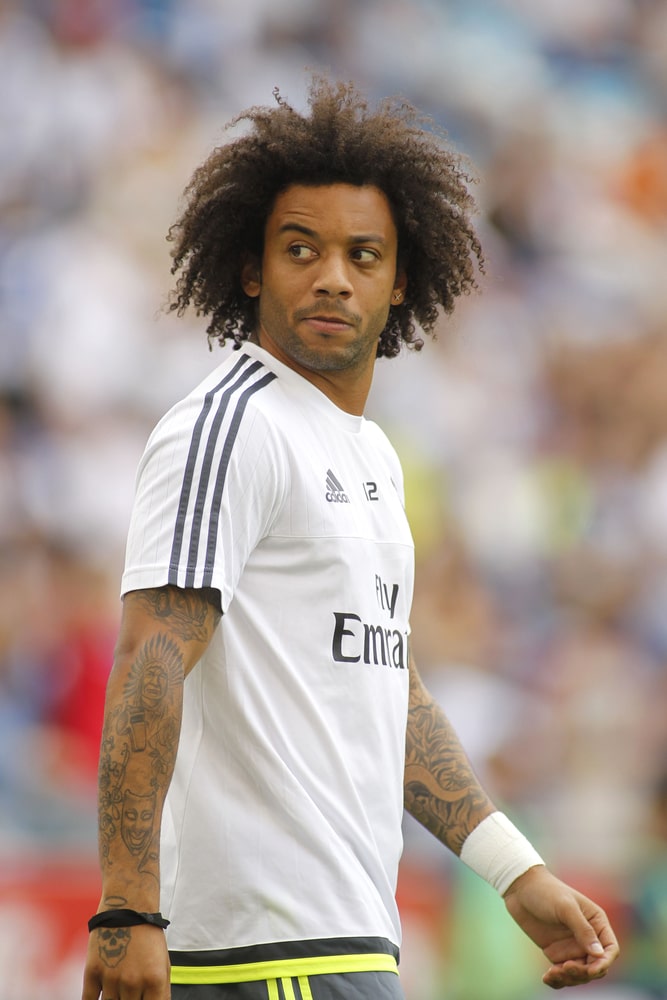 Marcelo is a 33-year-old Brazilian left defender of Real Madrid. He also played for Brazil’s national team until 2018. Marcelo debuted in 2006 when he scored a goal for Brazil against Wales.

Afterward, he became part of Brazil’s Olympic team, winning a bronze and a silver medal. He also participated in the 2013 Confederations Cup and the 2014 and 2018 FIFA World Cups.

Marcelo’s club career with Real Madrid took off with his breakthrough season in 2009-2010. He even garnered many praises in the Champion’s League with his skills, with many people calling him the world’s best left defender. 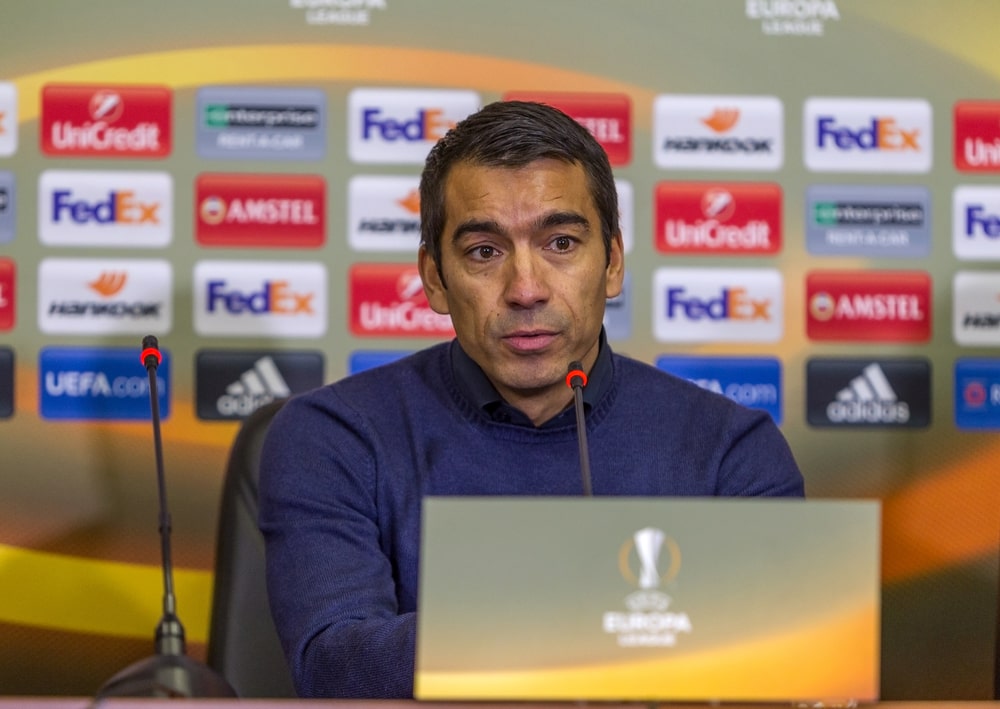 Bronckhorst, also known as Gio, is a Dutch midfielder who played for clubs like RKC Waalwijk, Feyenoord, Rangers, Arsenal, Barcelona. After his playing career, Gio managed Feyenoord in 2011 and Guangzhou R&F in 2020. Although it was reported that Gio is leaving Guangzhou before his contract is up for family reasons.

In his time in Barcelona wearing number 12, he won the Liga title in the 2004-05 season scoring four goals. The following season, he helped Barcelona become Liga champions again while also winning the UEFA Champions League of the same season. 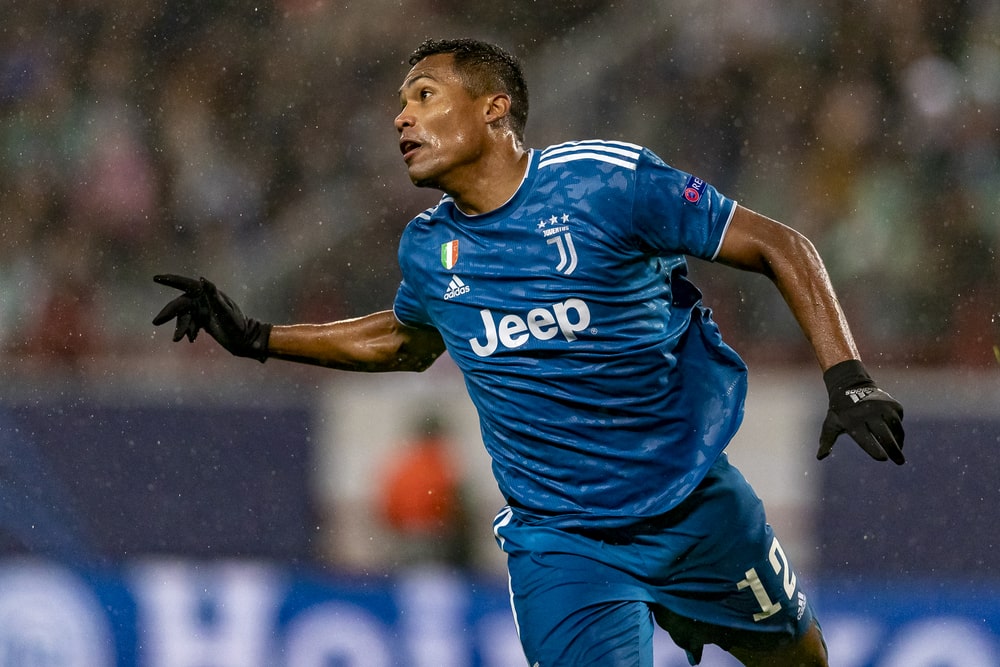 The 30-year-old footballer, Alex Sandro, currently plays as a defender for Juventus F.C., where he carries number 12 on his jersey and number 9 in the Brazil national football team. Sandro debuted in 2011 after a victorious junior championship game against Gabon national team.

Apart from Juventus, Alex Sandro previously played for Atletico Paranaense, Santos, and Porto. Sandro is widely known for his skills in tackling and passing, making it his edge in the playing field. 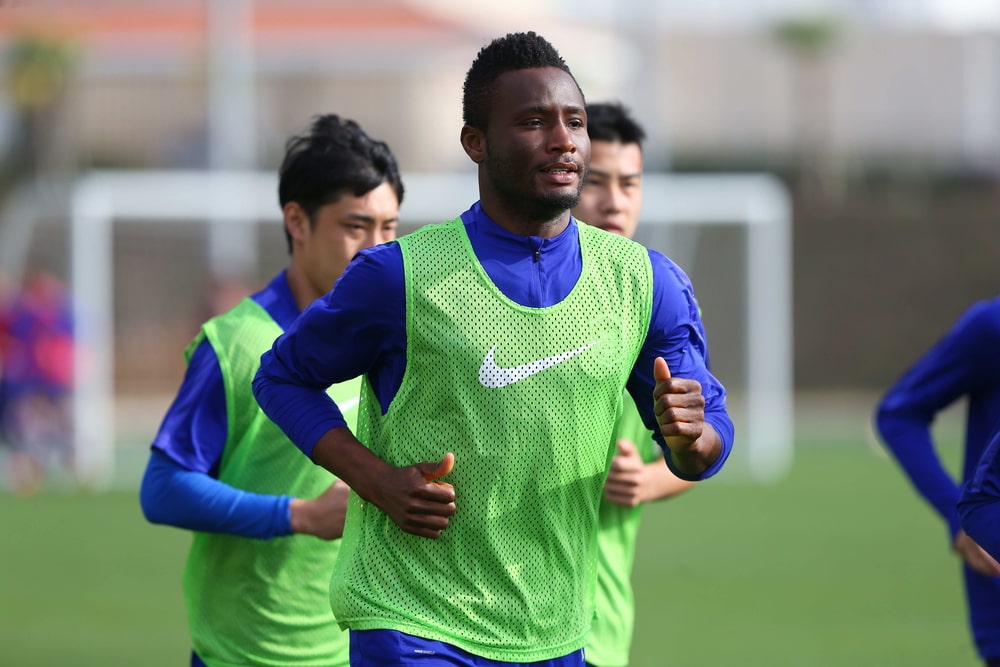 The 34-year-old midfielder, John Obi Mikel, recently left Stoke City for Kuwait F.C. John made a name when he played for Chelsea FC from 2006 to 2016, where he wore number 12 on his shirt. 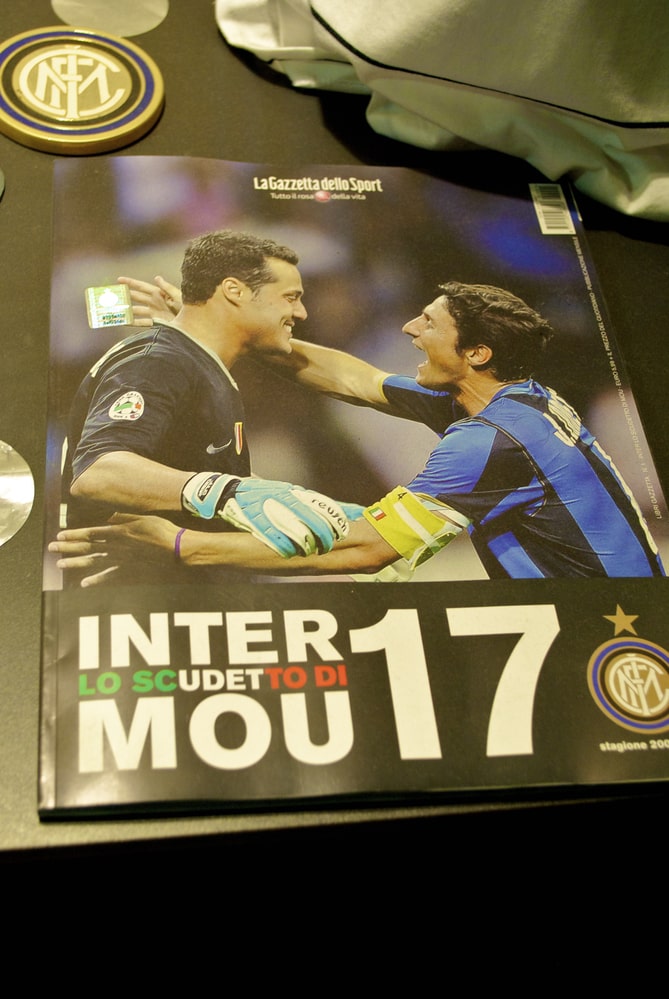 Regarded as one of the best goalkeepers, Julio Cesar is among the football players to wear number 12. Cesar played for Brazil’s national team until 2014. He also played for different clubs like Flamingo, Inter Milan, Queen’s Park Rangers, Toronto F.C., and Benefica.

With Inter Milan where he wore number 12, Cesar won five Scudetti, the UEFA Champions League in 2009-10, and the FIFA Club World Cup in 2010. In 2009 and 2010, he was awarded the Serie A Goalkeeper of the Year title. And he earned the Golden Glove Award at the Confederations Cup in 2013.

If you play any sport, you get to pick a number to wear on your back. That number will be an extension to your name on the field. It will be your identity, and if you show passion in the game, your number may be known as one of the greatest numbers in history. 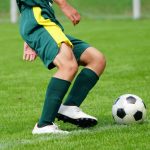 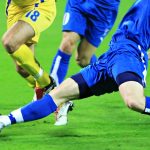