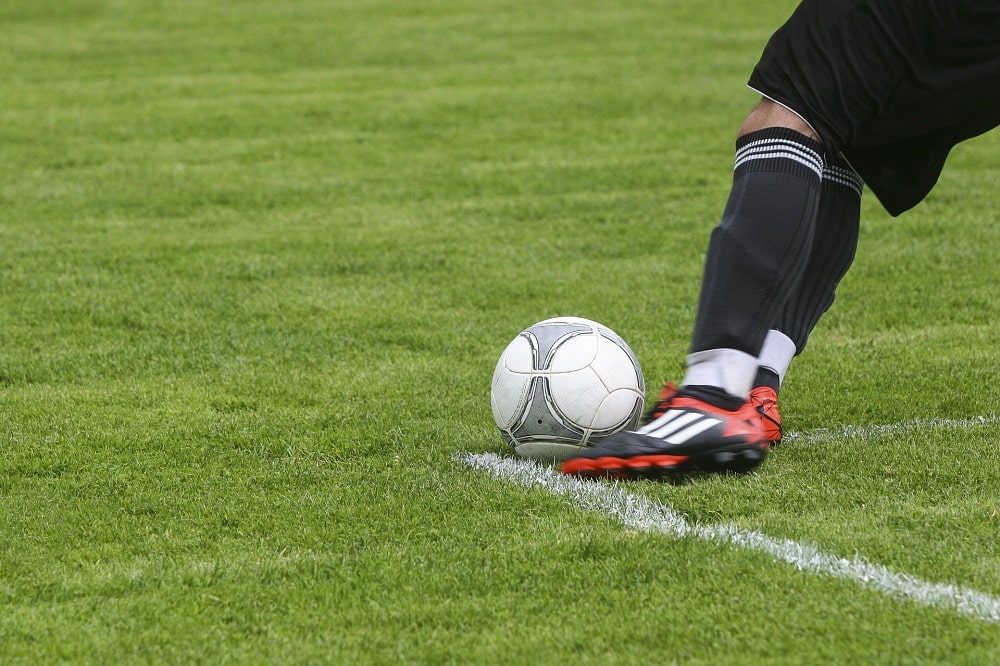 Being a lefty or righty is not just a hand thing. It also applies to foot preference for jumping and kicking.

To be honest, I’ve never really thought about this myself until one of my friends pointed it out.

It seems like some of the best players kick with their left feet. Is this a fair assessment or just confirmation bias?

That’s what we’ll find out in this article. Is being left-footed an advantage in soccer?

Is Being a Lefty in Soccer Rare?

It’s easy to quantify what percentage of the population is left-handed because it’s easy to observe. It’s about 10% of the world’s population.

If we follow the distribution, it’s fair to assume that the percentage of left-footedness will have the same distribution, and it’s pretty close. A study found that 12.1% of people are left-footed—slightly higher than what we expect, but still in a comparable range.

Now, what about professional soccer players?

This is very disproportionate to the expected distribution of just 10%. Why is that?

Do Left-footed Soccer Players Have an Advantage?

Before you make any assumption that being a left-footer means you will be better at soccer, let me stop you. Correlation does not imply causation.

That being said, the higher-than-expected percentage of left-footed professional players is pretty telling. Surely, there is something else causing this distribution.

The number one most cited reason for their slight advantage is unfamiliarity. Since there are simply way more righties than lefties, it’s harder to prepare for a left-footed player. The reason can be that simple.

However, the reason may be more complex than that. 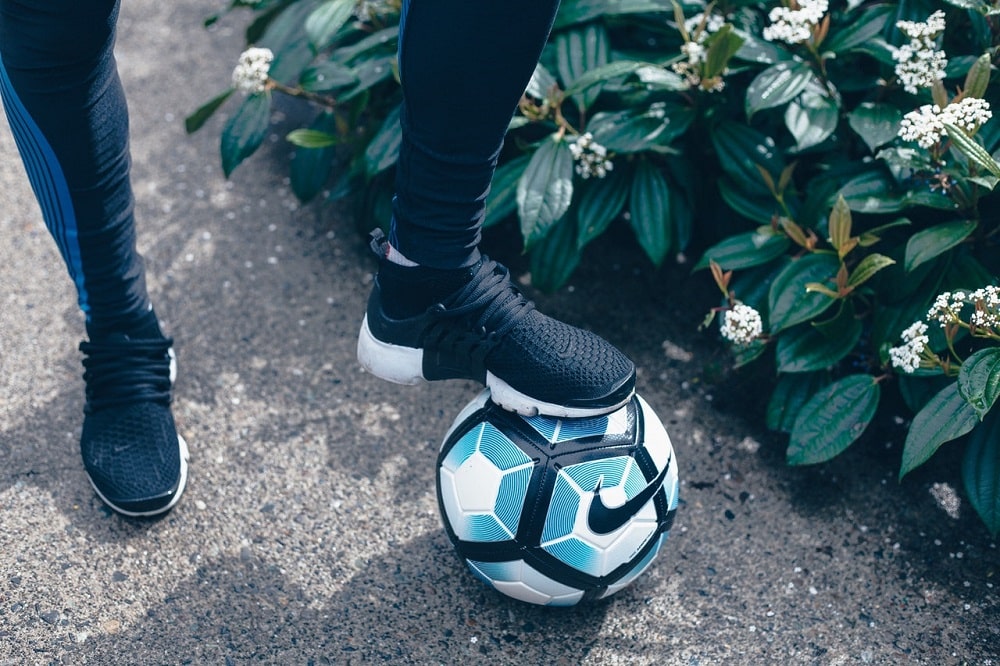 This is the part where we venture into sports science with a bit of psychology.

It turns out, being left-footed is associated with several traits that are strongly related to creativity, emotion, and impulsions.

Coincidentally, these are the traits that would make a good soccer player. He must be creative and unpredictable—perfect traits for a striker.

That being said, I must say that this does not mean a lefty is going to possess all these traits. They’re just more attuned to these traits than the average right-footed player.

Other Fun Facts about Left-Footed Players

Eight of the last 21 Ballon d’Or winners have been lefties. That’s 38%.

Considering that the percentage of professional soccer lefties is pegged at 22%, the difference is significant enough to at least make a correlation that lefties do play a little bit better at the highest levels.

If that’s not enough, 7 of the last 20 FIFA players of the century are also left-footed. That’s 35%.

I always say that your foot preference doesn’t matter, but it is starting to look like there’s some strong correlation between footedness to skills.

Why Lefties Play on the Wrong Wing?

There’s no rule of thumb on which side of the field you need to play. Players just play on the side they’re most comfortable with. In this case, that side is almost always aligned with its dominant foot.

You expect a righty to play on the right side of the field. Same with lefties.

But if you watch closely, some of the known lefties like to play on the opposite side of the field. This is true for both Messi and Robben. They’ve been known to play heavily on the “wrong” wing. They’ve practically invented a position called “inverted winger.”

But why is that? Why do they play on the wrong side of the field? 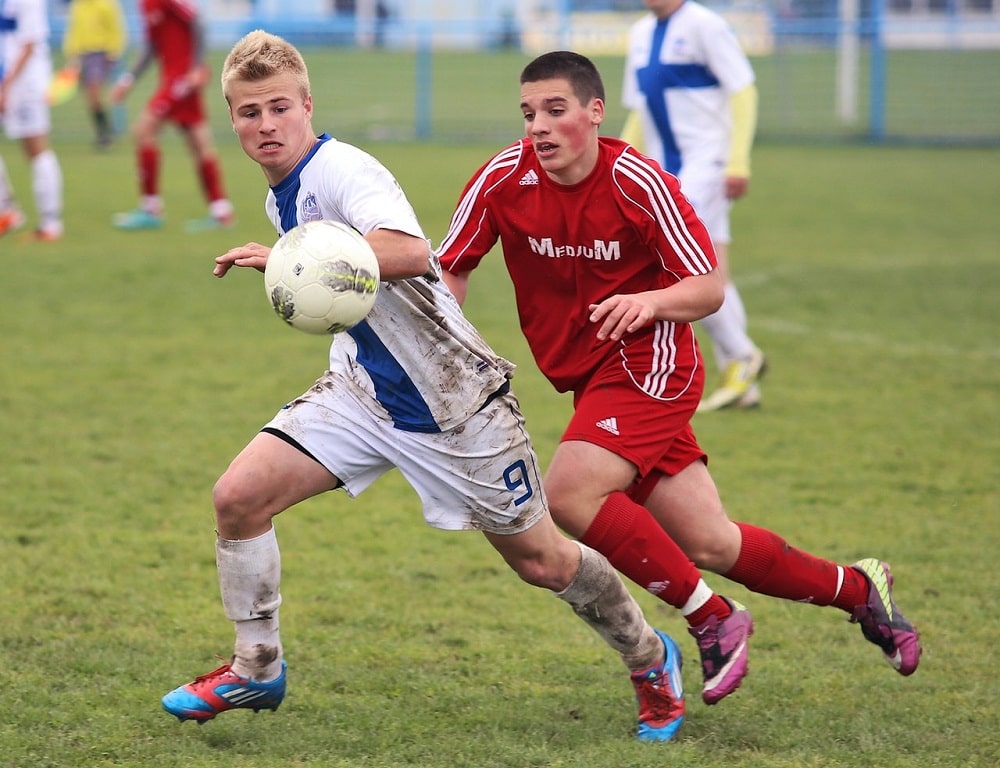 The simple answer is it adds more dimension to their game. If the player can play on either wing, that opens up his points of attack since you really can’t force him to play on one side to gain an advantage. He doesn’t care which side he’s on.

Another answer is that it’s an unfamiliar attack. Players aren’t that used to defending a wrong wing point of attack. Inverted wingers show more diagonal movement as a result of playing on the wrong side. This is much harder to defend than conventional wingers which favor a more straightforward approach.

Lefties are not the only ones doing this, though.

Right-footed players are also guilty of mastering this “wrong” wing play. Ronaldo is comfortable playing on the left-wing even though he is right-footed.

What is the Best Position for a Lefty in Soccer?

If you’re just starting out, I’d recommend that you play on the side that matches your dominant foot. It will feel more natural and intuitive.

As such, it follows that you gravitate toward the left winger position. Since only 10% of the population is left-footed, the demand for left-side positions is always high.

Once you’ve mastered the position, you can now venture into other roles, or even play on the wrong wing.

Ultimately, you can play any position you want as long as you’re comfortable with it.

Do Lefties Have Advantage on Free Kicks, Penalties, and Corner Kicks?

There’s not enough evidence to suggest that there’s an advantage for lefties on these 3 facets of the game.

It all depends on the position of the set-piece. If the set piece is in the position you prefer as a lefty, that is an advantage. But the same can be said for righties, so it all balances out in the end. 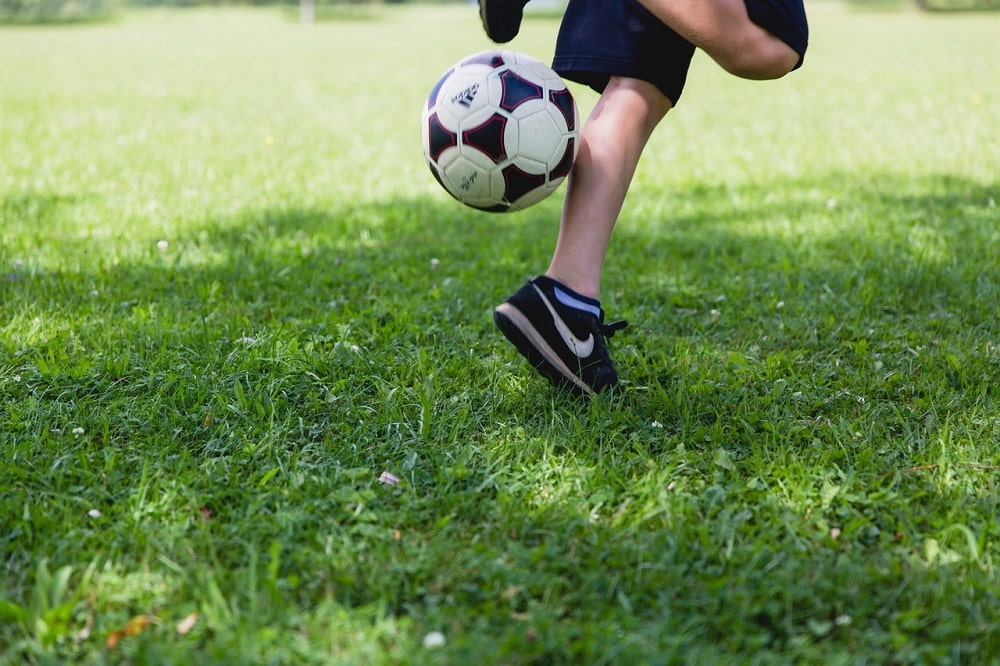 Truth be told, there really shouldn’t be that much of a difference when it comes to training between righties or lefties. You do the same training as righties, except you flip it.

One recommendation is to strengthen your non-dominant foot, which is also something I recommend for right-footed players.

Ambidextrous players pose a great problem for defenses. It will take a lot of practice to have both feet at the same strength but once you do, you will add a new dimension to your game that’s hard to stop.

This shouldn’t come as a surprise.

Perhaps the most famous lefty in soccer. Messi owns a list of records and accolades that would be enough for 5 careers.

The only real knock on him is he hasn’t won the World Cup title yet. But he’s more than made up for that by all his other accomplishments.

If you want to see how a lefty should play, definitely watch Messi with the ball. Also, try to watch his training videos to pick up some techniques.

The first transcendent Argentine superstar in soccer, Diego Maradona is clearly one of the most gifted soccer players of all time. He has scored 338 goals in his career, one of which is dubbed the “goal of the century.”

He won the 1986 World Cup for Argentina where he received the Golden Ball as the tournament’s best player.

This Dutchman attacker is one of the most complete soccer players of all time. He could play anywhere on the field and excel.

He was best known for his time with Ajax and Barcelona. He became one of the soccer icons of the ’60s and ’70s and is one of the key influencers of several playstyles we see today. 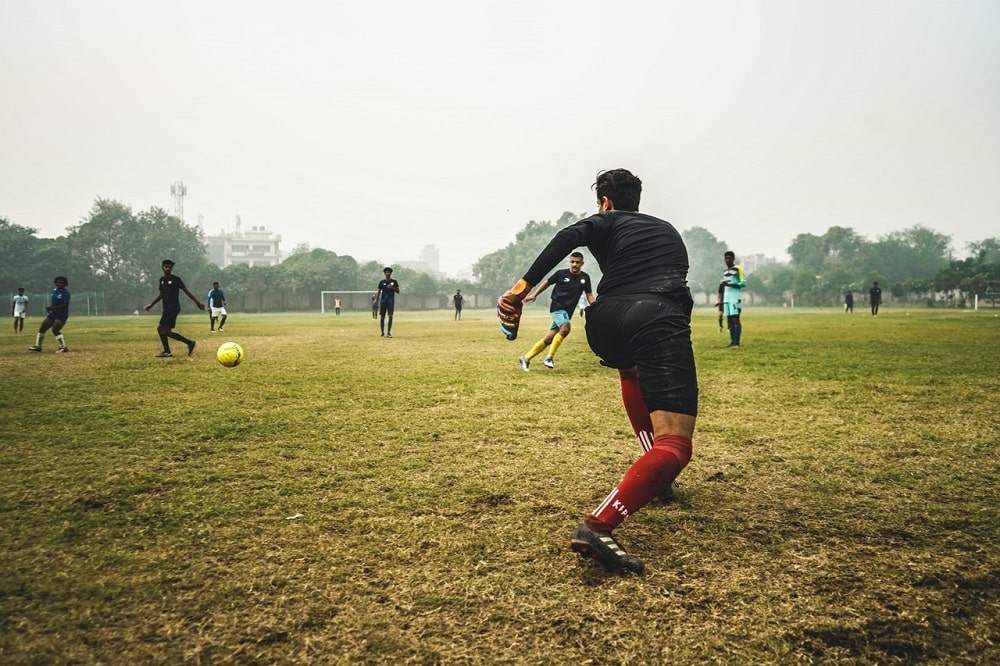 Going by the statistics from professional soccer leagues, it seems like lefties do have a slight advantage over righties, but it’s not by much.

Professional soccer players also tended to be left-footed more than what the average distribution would suggest—22% vs. 10% average.

This can mean that on average, lefties have a better chance of going pro than righties, but I really wouldn’t count on it.

If you want to be a better player, the only real key here is to practice more. Even better, is if you train your right foot to be just as hard-hitting as your left foot.

Don’t make the mistake of thinking you’re in an advantageous position because you are a lefty. It really all boils down to how much you are willing to train. 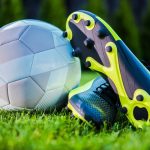 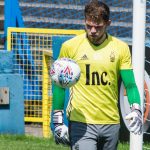