One thing each soccer fan looks forward to season after season is their favorite team’s home and away kit. I know I have. And sometimes, some teams surprise us with their color choices, and others just mesmerize us.

Remember 2016 when Barca and Madrid had the same color for their away kits and even released them on the same day? No one could have guessed that the Blaugrana team and the Los Blancos would wear purple for their uniform.

But they are not the only teams that used the color in their kits. If purple is your favorite color and you love soccer, then maybe you would appreciate the teams who wore purple soccer jerseys.

Football is a contact sport where players need and expend energy like running water. And for some teams, the vibe of their jersey color influences them. Purple in sports may help with endurance and strength.

Combined with the stability of blue and the fierce energy of red, purple is associated with royalty, power, and ambition. It represents wisdom and helps calm the mind and nerves, enhancing imagination and creativity.

In sports, different colors have different meanings. Here are some of the soccer teams who at some point believed in the magic of purple soccer jerseys.

In the 2016–17 football season, F.C. Barcelona mixed the Blaugrana colors of blue and red and came up with purple for their away kit. Founded in 1899, Barca competes in many top-flight leagues like La Liga, UEFA Champions League, and the Copa del Rey.

The Spanish club has remained top of the talks for decades, more so now with the shocking departure of Messi from Camp Nou and the Argentinian legend playing in the Parc de Princes. 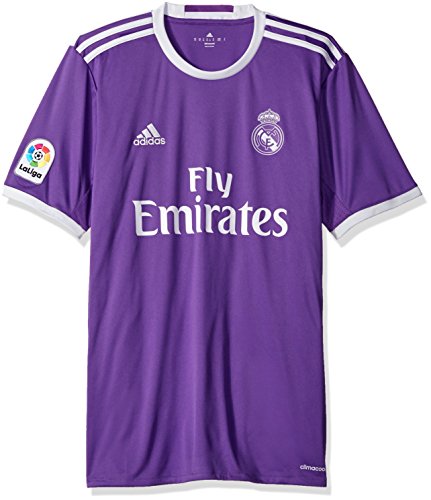 The same day and year that Barca debuted with their purple away kit, Real Madrid also released their away kit, which had the same color as Barca. It was one of the most shocking news that broke out in the season.

The Spanish football club, founded in 1902, garnered many fans and supporters in the Bernabeu, taking them with the team to the UCL, Copa del Rey, and FIFA Club World Cup.

Founded in 1928 and playing in the Segunda Division, Real Valladolid released their 21–22 season team uniforms. Sporting their traditional white and purple stripes, the Spanish football club opts for a more solid design for their home jersey. Their away jersey is in purple with grey and aqua accents.

The Italian professional football club plays for major leagues like Serie A and Coppa Italia. Founded in 1926, Fiorentina is one of the few clubs that sports a purple uniform. The club recently released their 2021-22 kits, consisting of white on a purple base for their home kit and an inverted color design for their away kit.

Founded in 2013, the American professional soccer club Orlando City is known for its team colors: purple and gold. The club’s 2021 kit features dark and light purple shades separating the top and bottom of the jersey. Orlando City S.C. is one of the many teams competing in Major League Soccer.

The French professional football club Toulouse FC founded in 1937, plays in Ligue 2. Craft Toulouse designed and released the 21–22 home and away jersey of the club. Playing in Stadium de Toulouse, the players will wear the beautiful colors of purple accented with pink and white. And when playing an away game, their shirts will be pink with purple applications and white logos.

Playing in the Austrian Bundesliga, FK Austria Wien, founded in 1911, has the most national titles among any top-flight Austrian clubs, with 24 Austrian Bundesliga and 27 cup titles. The 21–22 home kit was carried over from the previous kit, sporting dark and light purple stripes.

However, playing for other stadiums, the club will wear an entirely white jersey with purple logos and text.

Millions of fans, myself included, gather each season just to enjoy one of the most celebrated sports in the world. From the National Women’s Soccer League, UEFA Champions League, to the World Cup, soccer has brought different cultures together and changed many lives. And whatever jersey color your team is wearing doesn’t change your love for the sport itself. 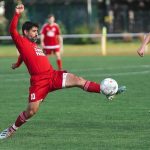 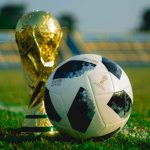