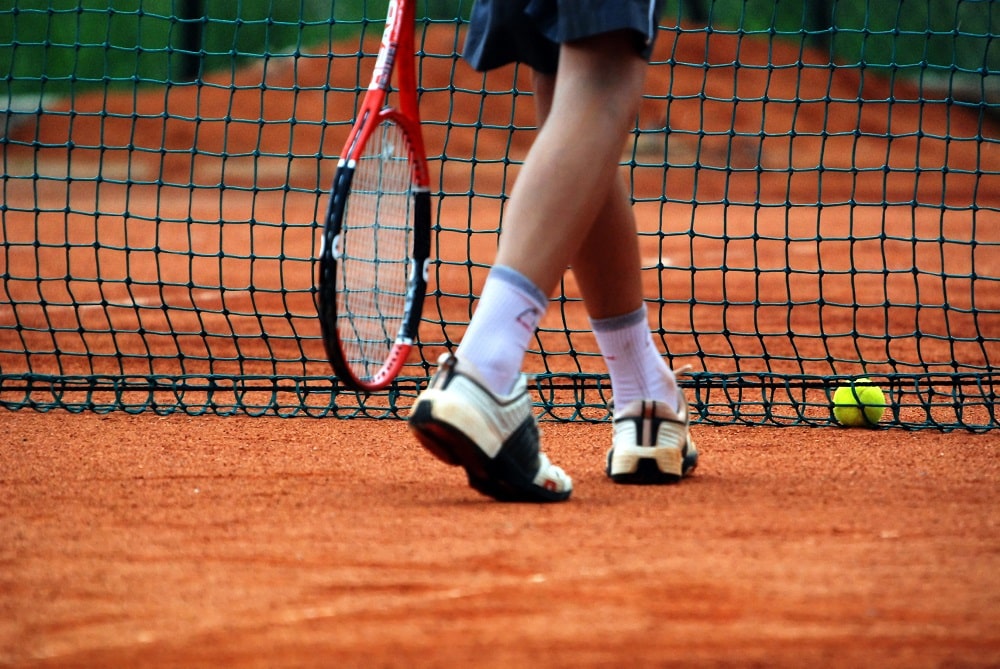 One of the first terms you will learn in tennis is “fault.”

Even if you are not a fan of the sport, you probably are aware of what the term ‘fault’ stands for.

If not, then let me refresh your memory.

What is a Tennis Fault?

In tennis, the term fault is used for unsuccessful serves.

There are many ways this could happen, the most common of which is if the ball does not land in the opponent’s service box.

There are multiple ways a serve will be considered a fault.

Failure to Clear the Net

This is the most common reason for faults. The main reason why this happens often is players want to get the ball as close to the net as possible because a lower ball is harder to return than a lob.

Illegal Release of the Ball

For the most part, tennis players should follow the same motion when serving the ball. The ball needs to be in one hand, and the racket in the other. The non-dominant hand releases the ball.

Exceptions are made for one-handed players.

Rarely would you see a miss serve in professional tennis. I don’t think I’ve ever seen one, actually. 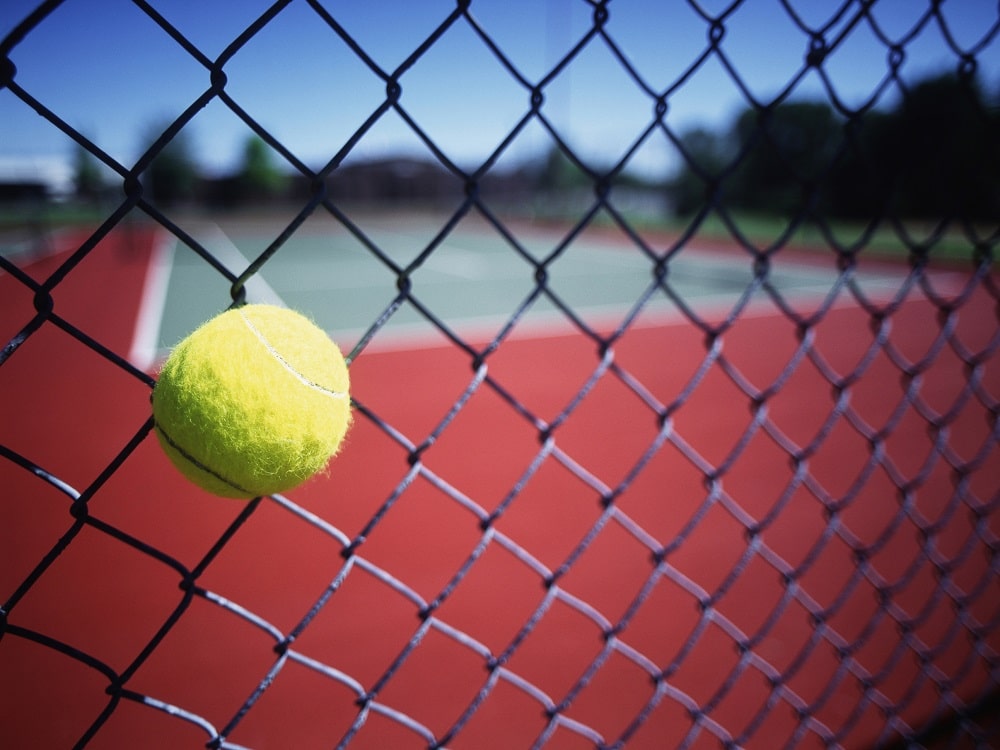 If the ball hits a structure in the court, for instance, a post, then proceeds to get the ball into the service box, that is still considered a fault. The ball must not hit anything before it arrives at the service box.

What is a Double Fault?

When a player faults a serve, they would be given another attempt.

Another fault and would result in a double fault.

A double fault will result in a point for your opponent. It is a type of unforced error that is undoubtedly a result of the fault (no pun intended) of the player.

How Common are Double Faults?

Unlike other sports, data for specific games aren’t that readily available for tennis. But we know based on huge sets of game data that double faults happen at around 2–4% of the time. That’s 1 in 25.

First serves go in at a 70% clip. Second serves success is around 90–95%. The reason for the higher second serve percentage is second serves are not as powerful as first serves. This is because players are avoiding a double fault.

Does Getting a Fault Result in a Losing Game?

Not necessarily. Faults do not tell the whole story of the game.

This seems counter-intuitive. But if you think about it, is it really?

For the longest time, making your first serve has always been thought of as one of the fundamentals of a winning tennis gameplay. But if you look at the numbers, the data shows the opposite.

On average, Grand Slam winners hit their first serves at only around 60% rate. That’s only 6 out of 10 serves. Compare that to what we consider a good first serve percentage which is 80%. There’s a huge discrepancy.

First Serve Success Does Not Always Translate to Winning 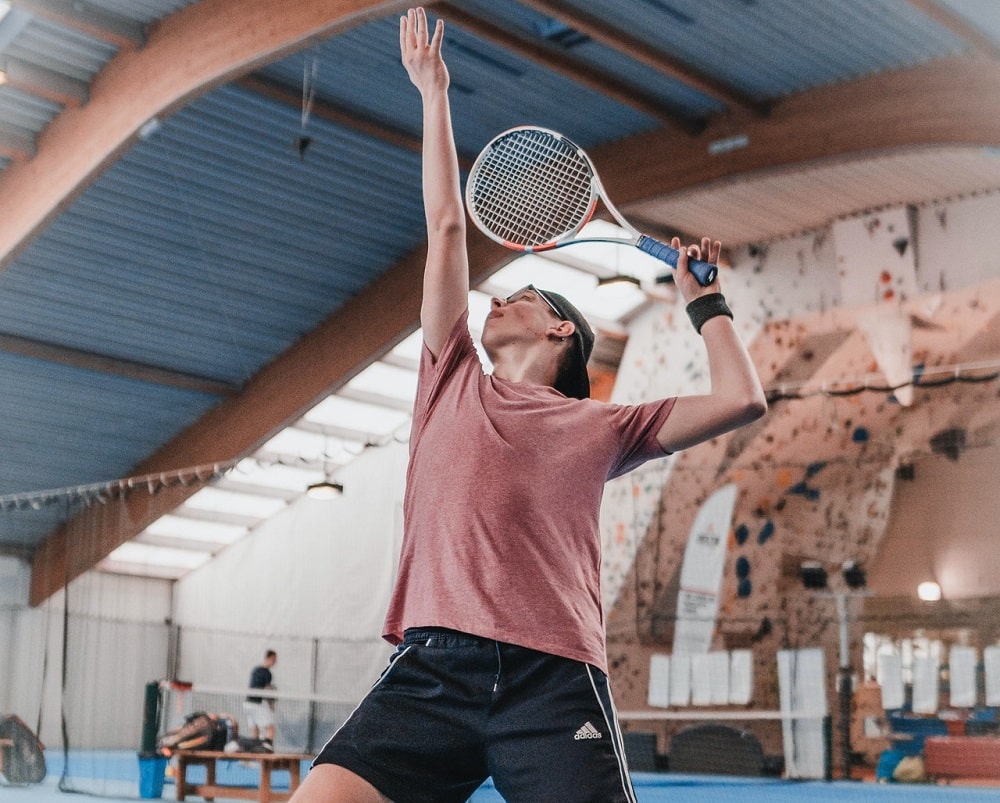 The top 10 players today have an average of only 61.8% success on their first serves. That seems low, doesn’t it?

But consider this – the only reason the number is so low is that they take more risks on their first serve. This means more powerful and sharper serves which usually translates to a better winning rate.

Let’s take a look at Federer, for instance. He hits at 62% clip on first serves. Conventional tennis wisdom tells us that that’s too low. However, we all know that he is one of the best players today, arguably the best tennis player of all time.

It’s not even exclusive to him. Djokovic hits at a slightly higher 65% on first serves. Murray is at 58%.

Only if you go lower in the rankings, you will see 70–80% first serve success.

The first fault is basically a “low-risk, high-reward” type of shot. If you fail to make the serve, you will get another one anyway.

What this means is you can fault without getting penalized for it. Due to this slight loophole, the best players put more power on their first serves, sacrificing consistency.

If you don’t maximize this penalty-free serve, this means that you aren’t trying hard enough on your first serve, and the data shows that.

Ultimately, first serves are ‘penalty-free’ serves which means that you should be riskier on your first serves. The added power usually trumps consistency, at least to a point. The sweet spot seems to be at around 60–65%. 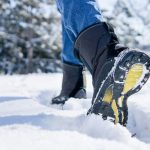